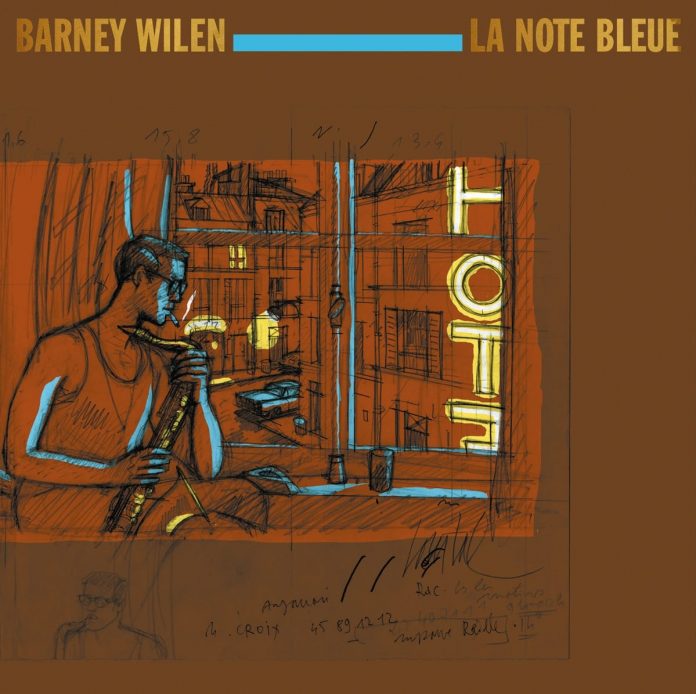 Barney Wilen’s career as France’s finest saxophonist was well on the skids by the 1980s, but was rescued by the unusual intervention of a comic book partly inspired by his life. The book by Jacques de Loustal and Philippe Paringaux, entitled Barney Et La Note Bleue, told the usual jazz story of love and hardship, drugs and redemption, life and death. Wilen liked the book and fashioned a song around each of its 13 chapters, the resultant La Note Bleue the success that revived his career in 1987.

In this sumptuous box set, you not only get that original, now remastered, album but also a new edition of the comic book, a 40-page highly illustrated set of sleeve notes, and a bonus live CD of the music recorded a few years later in a small club in Paris. God alone know what this lot retails at – actually I do know, thanks to a well-known online river, and it is a lot – but is it any good?

The answer is comprehensively yes. Wilen makes his mark felt throughout a set that while quietly retro also forms a perfect unity. Whether leading from the front or democratically sitting out some of the shorter pieces to showcase his band, Wilen dominates, his distinct smoky saxophone always committed, always thoughtful. Not a cliché is played, not a simple path taken unless warranted.

On the opening Bésame Mucho, a Latin uptempo number, Wilen is in control throughout, yet turns the tables on its much slower reprise, where he solos in tentative fashion, as if discovering the piece for the first time. His band do him constant justice, bassist Riccardo Del Fra’s slow-walking solo bass over a quiet drum beat on his own Un Baiser Rouge a highlight matched by the tenor and piano duet on ’Round Midnight that manages to sound like a new song. Perhaps best of all is the quietly magisterial reading of Gordon Jenkins’s Goodbye, Wilen soloing throughout over the most subtle of accompaniments.

The live set from 1989 is more animated, its five tracks considerably longer and often faster than the originals on the LP. No Problem and Bésame Mucho are positively blistering, All Blues reworked by Wilen’s use of the soprano and by Jacky Terrasson’s transformative solo, likewise ’Round Midnight, also reworked for soprano. The only let-down is a curiously flat Goodbye, somehow washed of its emotions. There is nothing much wrong with this live set, but it does nothing to enhance the original fine LP.

Christmas is coming. Add this one to the wish list.

Gareth Thomas - 13 August 2019
Ragajazz – as the name suggests – is a fusion group that blends Indian classical raga and jazz into one coherent musical whole. Made up of Scandinavian jazz musicians...