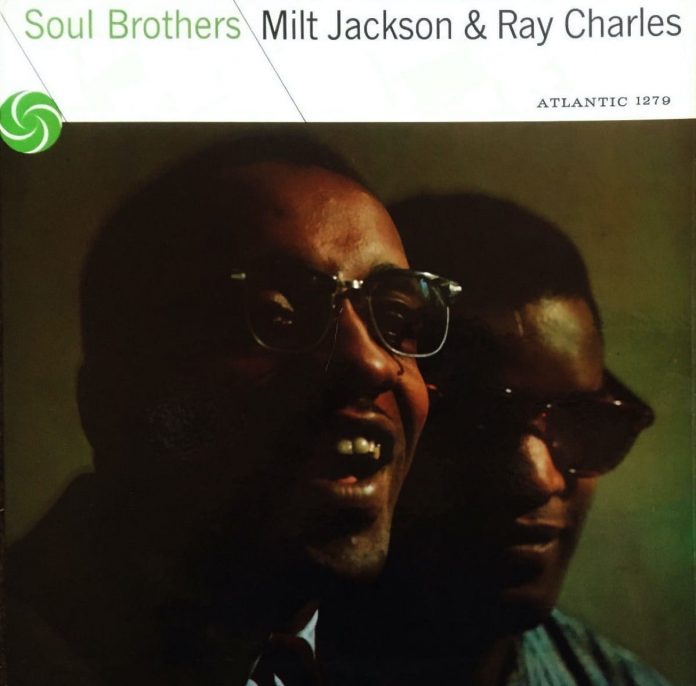 This session from 1958 brought together two popular musicians who blend so well you wonder why they didn’t link up more frequently. It was, though, a set to present something new and different with the opening title track offering Ray Charles on alto sax blowing fat, boppish lines in the Charlie Parker mode.

He sounds much like Parker, although the line is slowed down, presumably to help him put it all together on an unfamiliar instrument. The slow blues progresses steadily with crisp contributions coming in from Jackson on piano, Billy Mitchell on bop tenor sax and the rhythm section cruising along.

Another surprise here is the flowing guitar lines from Skeeter Best. He is heard to good advantage with more solo space than he usually got, and he makes good use of it. Even slower is the old Count Basie favourite How Long Blues, which pulses along crisply featuring Charles on alto sax and piano. It has Jackson on vibes with only Mitchell and the rhythm section playing the same instruments throughout. Jackson brings it in very softly and then the solos take over – vibes, tenor sax, guitar, piano, alto sax.

The tempo is taken up on side two with Connie Kay kicking off on African tom-toms, on which he takes a solo later. Charles plays piano only and the up tempo suits Jackson who produces one of his best, flying vibes excursions. Best and Mitchell both impress with sturdy solos. Then we are back to a slow minor blues with Blue Funk – basic blues, but played with much skill and obvious enjoyment.

Another unusual sound rounds off the record with Jackson playing only guitar and getting a rich, fat, plucked sound as Pettiford and Kay swing him along. Pettiford is a tower of strength in the rhythm section and gets quite a bit of solo space for his huge bass lines.