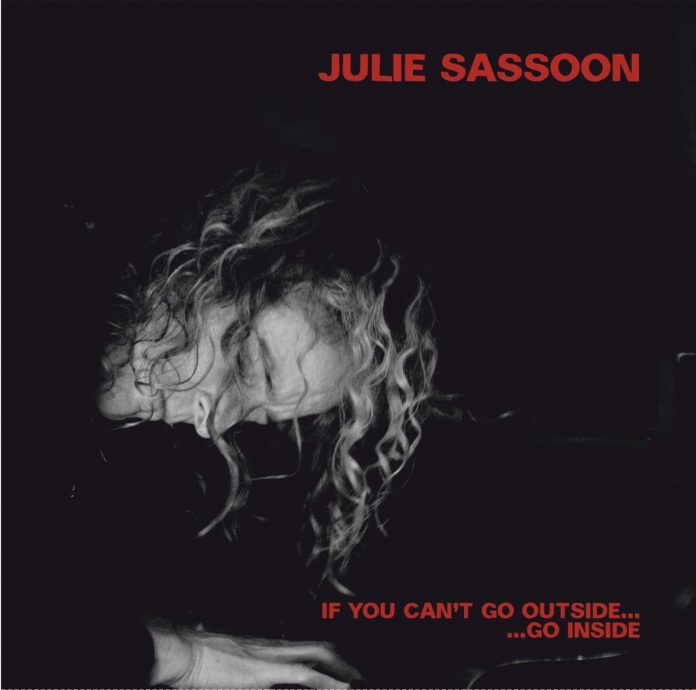 The title of pianist Julie Sassoon’s solo album might be a directive or a mood, the latter invoking a common enough shift in jazz, at least, from exuberance to introspection. The Berlin-based Sassoon is well aware of how Covid lockdowns obliged musicians to anchor themselves at home as clubs shut, gigs were cancelled, and their very existence as performers was threatened.

For this album she retrieved from her computer recordings made five years ago at the RBB Kulturradio studios in Berlin. They’d been “hidden like a well-kept secret”. There are just over 30 minutes of music, split into At The Water Tower (19.59) and Murmuration (12.18). As extemporised, unedited pieces in the Keith Jarrett manner they are not stretched enough to threaten longueurs, and any loosely conceived structure is buried in what Sassoon calls “accessing an inner world where no thoughts are present”. No thoughts after any motivation aforethought, that is.

At The Water Tower is aquatic in the way its arpeggiated ostinati roll forward like a Schubert piano accompaniment mimicking a purling brook, but here obviously unimpeded by anything strophic. The arpeggiation doubles with an increase in volume. Other pedal/ostinati are imposed on the motion as progress alters rhythmically and dynamically, as if the flow were negotiating obstacles, as flows do. The pedal effects support momentary turbulence and deeper waters, with crescendi and decrescendi. Later on, the texture is broken up with denser figurations, their countervailing elements emphasised with the sustaining pedal and with accelerated fingering. The effect is impressionistic, luminous, energetic and glittering. But it’s a gobbet, begun after the welling started and ending before the stream continued on its way.

French pianism is also hinted at after Murmuration steadies following agitation at the start, which is busy and polyrhythmic but pegged by a low-register motif and lifted by gorgeous, Rachmaninov-like modulations. A quieter episode is reminiscent of Messiaen’s notated birdsong; a subsequent meditation with its bell-like chords chimes with Debussy’s La Cathédrale Engloutie. Unlike the first track this one reverts back to the busy opening for completion, its modulations enhanced.

A bravura performance if, in terms of content, just over half of what one normally expects on an album.

Peter Gamble - 20 May 2019
Nick Weldon, usually thought of first as a pianist but here playing bass, has long been a part of the British scene. But even his longevity is surpassed by...