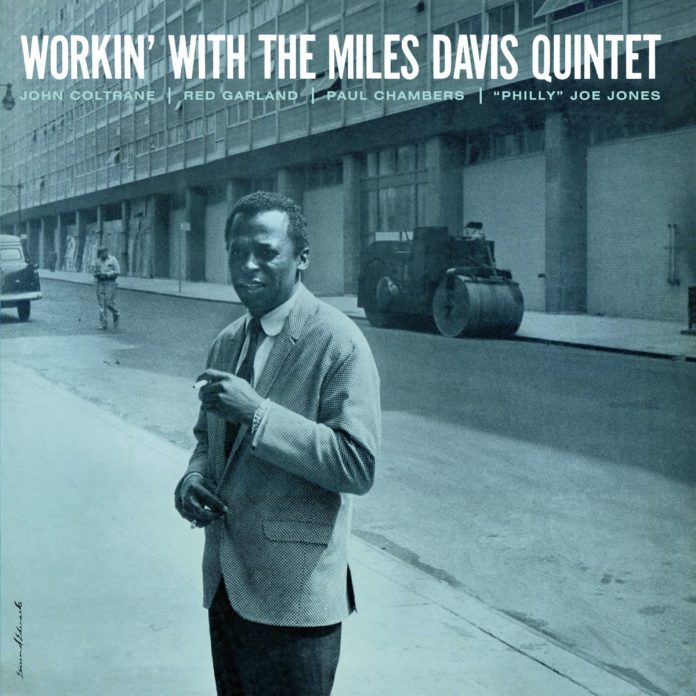 There’s not much to say about this album that hasn’t already been said. It was originally released on Prestige records in 1960 having been recorded in 1956 as part of two sessions (in May and October) which resulted in a series of albums (Relaxin’, Steamin’, Workin’ and Cookin’) featuring Davis’s magnificent “original” quintet. These are some of the greatest albums in jazz. If you don’t already own them, you should.

Whether you should add this particular reissue to your collection will depend on two things: your feelings about colourful vinyl, and your thoughts on the bonus track added here. The album is reissued here by Waxtime In Colour with original cover art and liner notes on 180-gram opaque blue vinyl. Some people have strong opinions about such things. The pressing itself sounds great for the most part though falters a bit in its presentation of the bonus track, where inconsistent mastering results in audible clipping and breakup at stable volume.

The bonus track, Yesterdays, is itself a bit of an odd choice. Originally recorded in 1951 and issued twice, first in 1951 as part of Lee Konitz: The New Sounds and again in 1956 on an album entitled Conception (both Prestige), the track includes Davis in the company of Lee Konitz, Billy Bauer, Arnold Fishkin and Sal Mosca (all well-known for their associations with Lennie Tristano) and is a feature for Konitz more than it is for Davis. Davis and Konitz worked together several times, but the connection here seems to be more about Prestige than any musical association between Konitz and Davis.

If Prestige is the associative link, given that Davis recorded his first album as a leader for Prestige in 1951 (Miles Davis: The New Sounds) as well as other cuts which appeared on Prestige releases Conception and Dig in 1956, it’s a bit curious that one of those more Davis-centred cuts wasn’t chosen instead.

In short, a great record from a brilliant series by a legendary band and an essential part of any jazz collection, though the bonus track is something of a distraction.

Roger Farbey - 04 June 2019
Following on from a long tradition of album covers designed to discombobulate a prospective listener, comes Fantasy World. Frank Zappa was wont to use deliberately bizarre artwork for his...