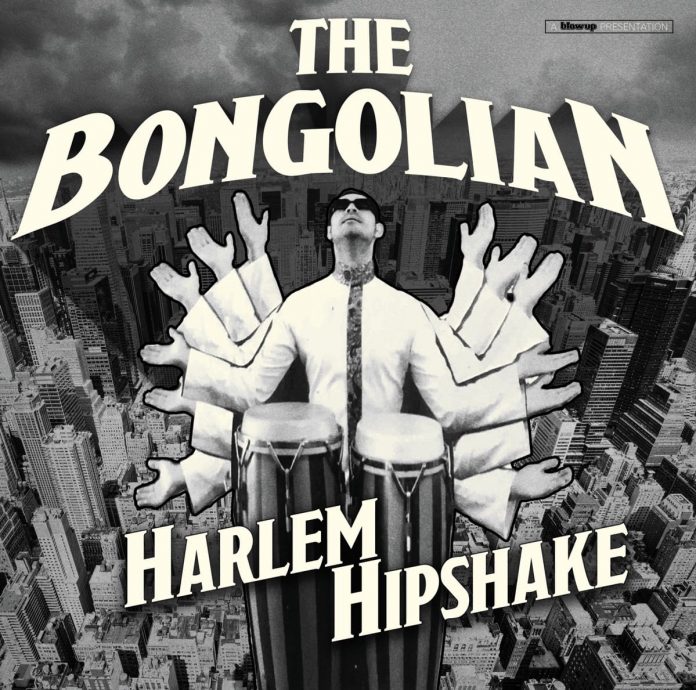 Those hip to the London-based Blow Up label and the “modernist” jazz-flavoured music it puts out, will probably better know The Bongolian as multi-instrumentalist and producer Nasser Bouzida, front man of Big Boss Man, one of the label’s smartest signings. As well as his work with dance acts such as Morcheeba over the years, Bouzida’s own releases are mostly Latin-soul in flavour and this, his sixth outing under the Bongolian moniker, is no exception.

While the track title Give The Drummer Some is an obvious nod to James Brown and the slamming, syncopated drum grooves of Clyde Stubblefield, here we have instead a riotous mess of cowbells, congas, timbales and whistles over an enthusiastic crowd wet with sludgy Hammond organ. Recorded solely by Bouzida, it acts as a high-energy intro to the title track which, still drum and organ-heavy, features vocals and a mariachi-like trumpet melody sounding like something that could have been left on the cutting room floor of Sergio Mendes’s studio or maybe Quincy’s around the time he cut Soul Bossa Nova.

In fact, it’s fair to say that, along with a more urban influence of, say, The Incredible Bongo Band, Harlem Hipshake intentionally lends itself faithfully to the classic Latin-soul of the 1960s that notables like Mongo Santamaria and Ray Barretto pushed to popularity. Bouzida is undoubtedly potty about the period and thanks to some top-drawer playing and production from all onboard here, the music is served up undiluted with a modern slant. Just as tracks such as El Beardo, East Side Rumble or the curiously titled LSD Got A Hold On Me could stand up as legit-sounding soundtracks to any flick depicting a “groovy” swinging London, tracks like Flatfoot Hustle and Manhattan Cornbread are similarly rooted in the funky end of Fania.

Bouzida and Co effortlessly pull off a party vibe throughout and closing with a straightahead track like Swinging At Palm Gardens might also keep the purist jazz heads happy. Pick this one up – it will be a regular spinner in the summer, for sure.

May Okita: Art Of Life

Sally Evans-Darby - 18 May 2019
After a stint in Los Angeles and before returning to her native Tokyo, May Okita recorded this refreshingly lightweight album with musical collaborators Larry Koonse on guitar and Josh...