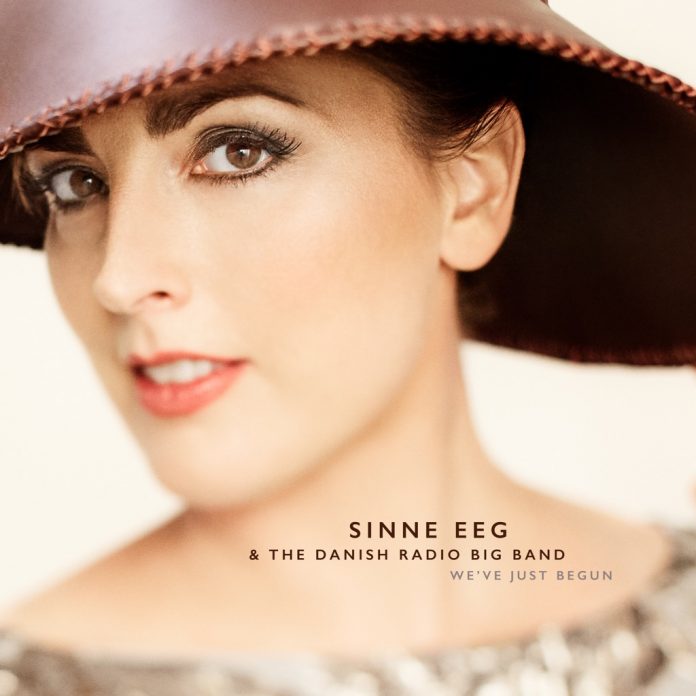 One of the finest jazz singers active today, Sinne Eeg has a rich, fluid vocal sound. Her phrasing and lithe sense of swing are a delight and her interpretations of lyrics are thoughtfully attuned to the lyricist’s intentions. This last point is not at all surprising on four of the tracks heard here as she is also involved as composer and/or lyricist. Another quality of Eeg’s is that she is not moored to a particular format. On previous albums I have heard she sings with small groups and on one she was accompanied only by bassist Thomas Fonnesbæk.

Here, she joins forces with The Danish Radio Big Band and the result is a powerful and exhilarating album. Under the direction of Nikolai Bøgelund, the 19-piece band rips into charts by three arrangers (Jesper Riis, Peter Jensen, Roger Neumann), against which Eeg’s vocal lines are commanding.

The arrangements leave ample space for instrumental solos. These include Hans Ulrik (ts) on a driving We’ve Just Begun and the dreamy Those Ordinary Things; Frederick Menzies (ts) on My Favorite Things, which starts out reflectively before shifting into overdrive; Nicolai Schultz (f) impressive on Detour Ahead; Peter Fuglsang (cl) exceptional on Comes Love. The set closes with To A New Day, where Eeg’s lyric hints at gospel in its hopeful message for the future and which also has a solo from Gerard Presencer (flh).

The ensemble playing is tight and the rhythm section punchy. The four musicians there are pianist Henrik Gunde, who solos on Like A Song, guitarist Per Gade, soloing on Talking To Myself, bassist Kaspar Vadsholt and drummer Søren Frost, both soloing on My Favorite Things.

Altogether, this album is a delight. Jazz singing at its very best, imaginative instrumental solos, fine writing by composers, lyricists and arrangers, and a hard-swinging big band of the highest quality. What’s not to like?

Dave Miller Trio: The Mask-erade Is Over