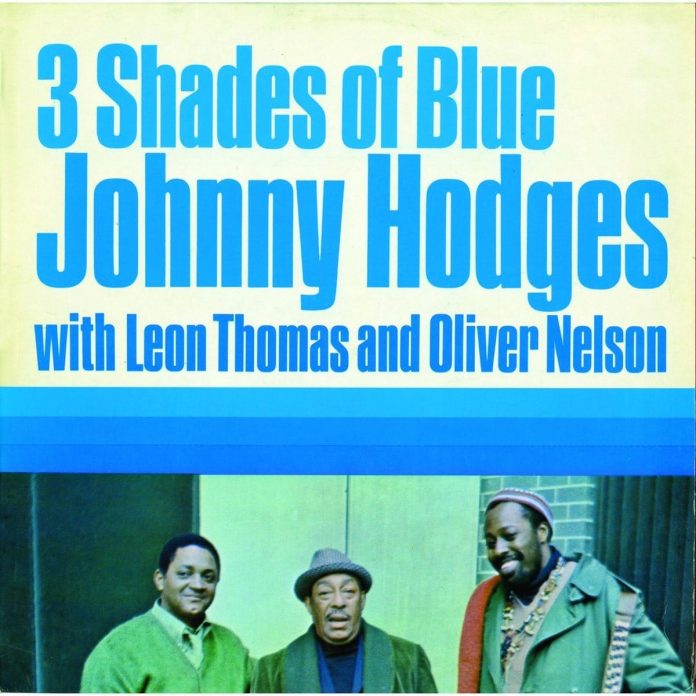 Although not Johnny Hodges’ last session this was the last record he made under his own name. It is greatly fortunate therefore that included herein is some alpha Hodges.

The six Ellington pieces, splendidly arranged by Oliver Nelson very much in the Duke-Strayhorn manner are all great. The old 1931 It’s A Glory perhaps comes off best – a fine, sparkling solo from Hines (his only one of the album) and Hodges at his perkiest. The score for Creole Love Call is another beauty. Johnny’s stop-chorus is just right, and how nice to hear those clarinets in unison once again. Al Grey evokes memories of Tricky Sam Nanton and the rhythm is in the right groove.

Empty Ballroom contains more vintage Hodges and a good solo from Randy Brecker, but for me the tempo is a little too hurried. I dug out the original and it sounds much more relaxed and, dare I say it, more musical. Rockin’ in Rhythm is taken at a spanking gallop. Hodges tackles his solo with assured calm and doesn’t seem to notice the hectic pace – yet the ensembles do, here and there. Echoes of Harlem is an unusual arrangement, which takes some getting used to, but again Hodges, particularly in his statement of the second strain, takes one’s breath away by the sheer beauty of his playing.

The two Nelson originals Yearning and Black, Brown And Beautiful are both out­standing melodies, right in the Ellington tradition. Yearning is very much Hodges’ meat, but I found Marvin Stamm‘s flugelhorn solo hardly suitable to the occasion.

I could have done without the presence of singer Leon Thomas, although as a blues shouter he’s good enough. He sings the somewhat ironic New York superbly, but in contrast to the Hodges solo Disillusion sounds strained and ill at ease – maybe it was some­thing to do with those off-pitch guitar bits – but happily they didn’t disturb Hodges. Thomas’ particular form of scatting on Duke’s Place (C Jam Blues) sounds like a turkey who has found the key to the wine cupboard, but it is not unattractive for all that.

How sad to think this is the final album from a man who for so many years graced jazz with the beauty of his playing and set a peak of alto playing that will remain for ever.

Gareth Thomas - 08 August 2021
The avant-garde Tomsk-based Strangelet Trio are here joined by accomplished English guitarist Leo Abrahams (whose career has seen him work on a number of projects, including David Byrne and...

Tony Bennett: Tony Makes It Happen! / Yesterday I Heard The...

Rebecca Hennessy: All The Little Things You Do