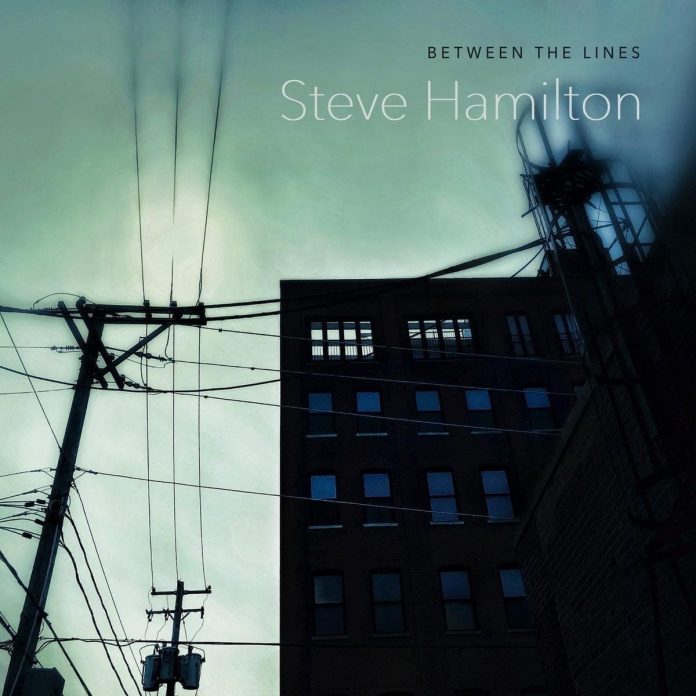 Steve Hamilton has the sort of CV most musicians could only dream of. Often found touring with legendary drummer Billy Cobham, Hamilton has also worked with Ray Charles, Freddie Hubbard, Pee Wee Ellis, Tommy Smith and Bill Bruford, to name just a few. He also grew up in a musical family – his father Laurie was a professional guitarist – and studied at Berklee School of Music.

It’s surprising therefore to hear that this is Hamilton’s first solo album. It’s actually dedicated to his father (who died in 2013) and features guitarist Martin Taylor and saxophonist Paul Booth, whose quartet Hamilton plays in. Guitarists Don Paterson and David Dunsmuir, the latter Hamilton’s colleague from the Billy Cobham, make further contributions.

This is one of a number of fabulous “lockdown’ albums where musicians have had the unprecedented time and opportunity to write and record. His friends were more than happy to drop in and guest. The album’s finish also coincided with a period of recuperation following major surgery to remove both a kidney and a tumour.

The album grew organically with most of the material being written spontaneously by Hamilton alone or with his guests. The music is a gentle mix of acoustic and electronic performances, including some fabulous improvisations, with Hamilton’s skill on the keyboard showcased to full effect. His performances range from the delicate and ambient to the joyful and uplifting on what is an outstanding album.

As you would expect, the support given by his friends – particularly Martin Taylor – raises the performances to masterclass level. Standout tracks include the opener Awakening, the ballad Ealasaid (dedicated to Martin Taylor’s wife) and the more vibrant Flash Of Light. The only covers on the album are Nijinsky, written in the 1990s by Paterson (who is also a renowned poet) and a moving arrangement of Robert Burns’ Ae Fond Kiss.

Hamilton says he didn’t set out to record an album with a particular aim or sound in mind. But nor did he expect to be recovering from life-saving surgery once the album had been finished. Circumstances can be cruel but the completion of an outstanding first solo album should give Hamilton a lot of reasons to feel positive. Following a period of rehabilitation, he is hoping to get back to the music scene as quickly as possible.

Bruce Lindsay - 16 April 2019
Vibraphonist Roger Beaujolais has been on the British music scene for a good while – getting on for 40 years – and his musicianship has graced the work of...