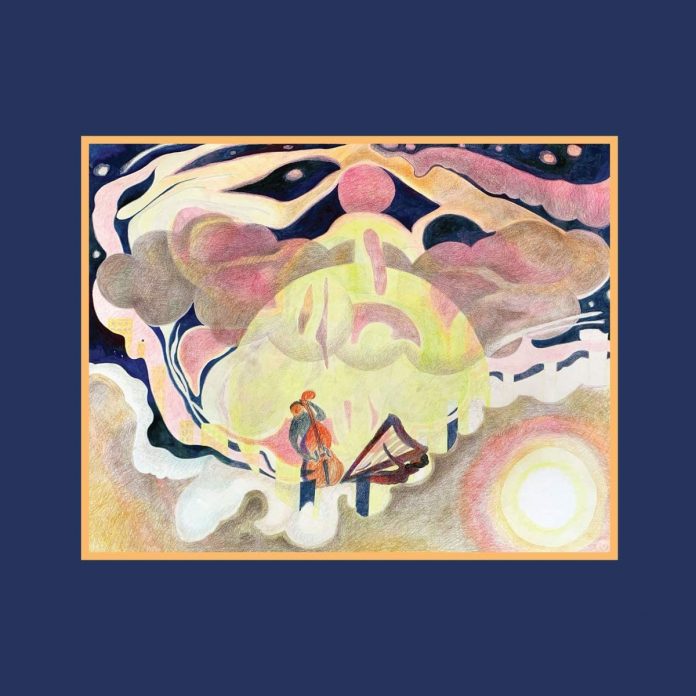 Faced with the Covid-19 lockdown in New York City in March 2020, bassist Dezron Douglas and harpist Brandee Younger found that all of their gigs had been cancelled and their income slashed. The couple came up with the idea of hosting a series of livestream performances from their Harlem living room, during which they would perform classic tunes for friends and family to watch online in return for some donations for their efforts. Making use of a little-known but ubiquitous contract clause, they named these events Force Majeure: Brunch in the Crib.

The immense popularity of these livestreams quickly turned them into weekly events, a regular Friday morning broadcast that, as fellow musician, drummer Makaya McCraven, remarked, became “a testament to the power of music to uplift us through the most challenging times”. Record company International Anthem mailed them a microphone, and a record was born.

The natural acoustic of their living room makes for an intimate set of performances. The mix of material covers both Alice and John Coltrane – Alice herself of course was a harpist – and Pharoah Sanders at one end and Kate Bush at the other, with Gloria Gaynor, the Stylistics and the Carpenters somewhere in the middle.

Douglas’s bass is muscular and intense, Younger’s fluid harp far more ethereal and effervescent. Both are well-known musicians – Douglas with David Murray and Ravi Coltrane, Younger with Stevie Wonder, Charlie Haden and Lauryn Hill – and they bring their individual expertise to these performances. Their interplay is excellent, either one or the other driving the rhythm, the other the melody.

Sanders’s Creator Has A Masterplan stands out for its bass-led theme and harp fillagree accompaniment, Never Can Say Goodbye for its surprising nuances, Kate Bush’s This Woman’s Work for its slow but powerful integrity. Most impressive is their devotion on Coltrane’s Wise One, where Younger flows effortlessly over Douglas’s reverberating bass lines.

I don’t think I have ever come across this particular string-duo configuration before, which makes this set most interesting. And for the comforts it brings in these extraordinary times, it is also most welcome.

Michael Tucker - 22 October 2019
Here is something more than a touch special. McLoughlin is well-known for her playing - her saxophone sound and improvisations have drawn praise from no less a connoisseur than...