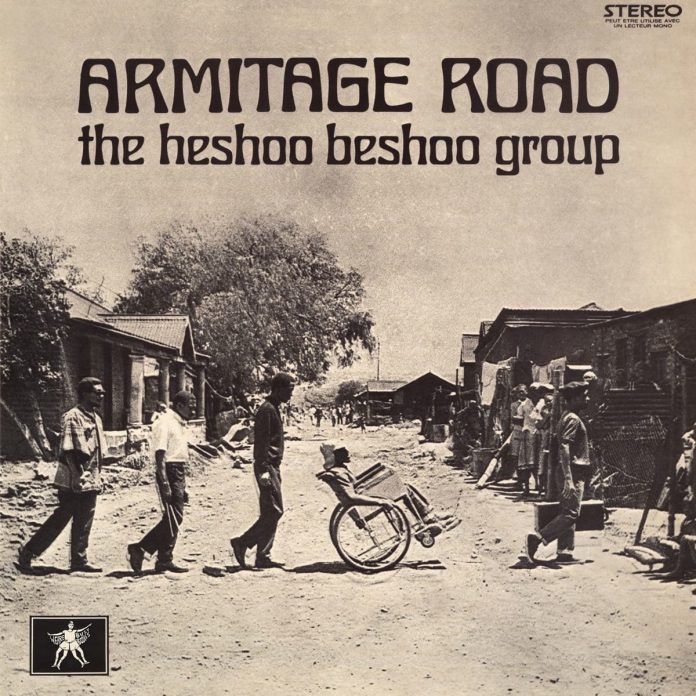 Released the year the Beatles broke up, this long-lost South African gem features an Abbey Road-style cover and starts with a Beatley guitar – before moving into Coltrane territory with a township twist. For half a century, this rarity has been a holy grail for collectors of Cape Jazz. Remastered from an original vinyl pressing, this long-overdue reissue sounds lively and clear.

On the title track, bandleader Henry Sithole and his brother Stanley trade spiralling solos on alto and tenor, playing subtly with the edge of dissonance. Then guitarist and principal composer Cyril Magubane – pictured in a wheelchair on the cover – offers a delicious laidback solo that suggests that Wes Montgomery made it onto transistor radios in the townships.

That’s followed by Henry Sithole’s Wait And See, the only track not by Magubane. While there’s no piano, it echoes some of the jollier tunes of Abdullah Ibrahim/Dollar Brand, jacked up with James Brown funky drumming. It’s also the shortest, simplest and catchiest – an obvious single that begins to wear thin after a while.

Next up is the jaunty Emakhaya (“Back Home In The Bush”), which starts with a mellow, shuffling Meters-like groove. It becomes a slice of sunny Blue Note soul-jazz, with drums and bass subtly loping in the background, setting up an airy framework for on-point sax and guitar solos.

Amabutho (“Warriors”) begins with a relaxed mood and a leisurely Grant Greenish guitar solo, then grows more experimental with a keening, reedy saxophone dialogue that may represent spiritual transcendence or just brotherly rivalry. All seems to be neatly resolved with a return to the head before the track fades with another saxophone free-for-all.

The band saves the best for last. The 12-minute finale, Lazy Bones, features an easy-going traditional rhythm setting off the album’s most charged solos, which take us to distant, tantalising places. The highlight of the album is Magubane’s poignant, hypnotic three-minute guitar solo, which brings the album to a graceful close. The man has a lot of stories to tell – joyful and poignant – and tells them eloquently, providing a peek into growing up under apartheid with an ear on American jazz.

Sadly, the band members went their separate ways after this was released, joining bands such as the Drive and the London-based Jabula and the Brotherhood of Breath – and none are around to see this reissue, which assures their place in the pantheon of African jazz.

Hugh Rainey - 09 March 2019
This is a remarkable duet album, quite a tour de force, which Digby rightly regards with pride as a high-spot in his recording career. Equipped with virtuoso technique and tonal...