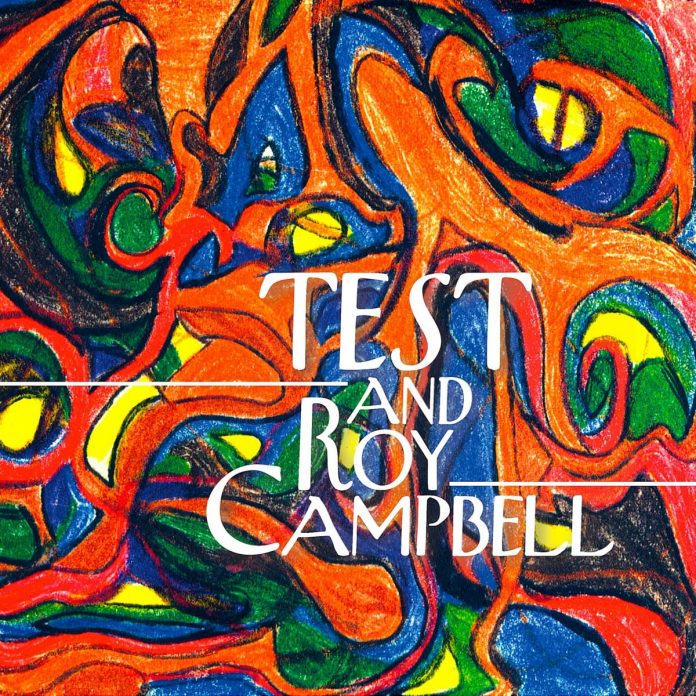 This live performance – the only time trumpeter Roy Campbell collaborated with New York free quartet Test – was actually a benefit gig to repair the broken van of the No Neck Blues Band. As New York musician Matt Mottel, who recorded the event, recalls (sorry to quote at length, but it is worth it!): “John Fahey, Lee Ranaldo, and No Neck Blues Band joined the line-up at the No Neck Blues Band’s loft The Hint House and raised enough money to fix the van.”

The Test collective’s usual performances took place in public spaces across New York, “their typical audience a passer-by on a subway platform, a curious security guard on a smoke break in midtown, or the most ‘in the know’ subset of gig-goers. Test honed their working band approach by actively gigging multiple times a week across the New York subway map.

“But when they performed at a booked venue, as here, the listener witnessed the bullseye acumen of a working band. This ethos of the band choosing to ‘play anywhere/all the time’, separated Test from other groups. Roy Campbell, one of the hardest working musicians on the scene, … lived at the north end of the Bronx, but nightly, was downtown, uptown, or somewhere in the middle playing weekly at venues such as the Lenox Lounge, Knitting Factory and CBGB’s Gallery. Both Roy and Test were ungrounded, breaking the glass ceiling on every performance, enriching the creative music community with manifest forward motion. On this album, we hear what the spirit of ‘the music’ is, was, and forever will be.”

And the spirit of this music is undoubtedly Campbell, his clean, loud, brassy shout well to the fore throughout. Long lines of repeated notes and sudden flurries of melodic detail pour out of him, urged on by the furious insistence of Test, with Daniel Carter’s questing alto a fine foil to the dominant notes of Campbell. But this is a collective effort, performed by a free ensemble giving full voice to the real meaning of fire music. As an unplanned musical event that stretches without a break over 47 minutes, there is no real structure behind it, but the band is quick enough on its feet when changing direction, as it does around the 18-minute mark when the pace slackens and individual voices can be better heard. At 20 minutes the tension is released completely and the band starts a lengthy instrumental interplay that is tender in its intentions until at around 35 minutes the tension is ratcheted up again for a barnstorming finale full of passion and intensity.

Well, the van got mended, which is the main thing, and we got this fine album of an important gig by five experimental musicians to enjoy. Congratulations all round.

Mark Youll - 07 May 2021
Those hip to the London-based Blow Up label and the "modernist" jazz-flavoured music it puts out, will probably better know The Bongolian as multi-instrumentalist and producer Nasser Bouzida, front...