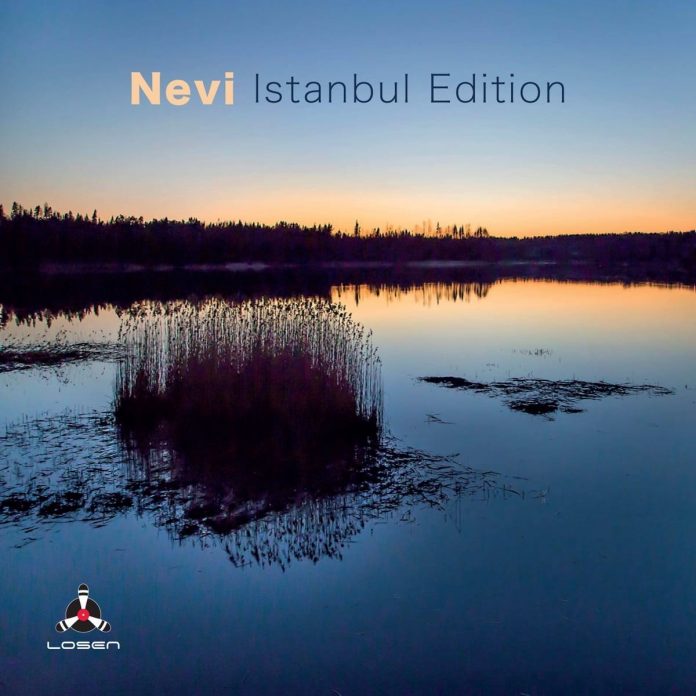 An informative sleeve-note by David Fishel reveals that Nevi translates as “variety”. Formed in 2018, this dynamically attuned Russian-Turkish quintet certainly cover a lot of ground, albeit without any overt mining of either Turkish polyrhythm or Russian folk motifs.

African and Latin rhythms mix with both a kind of spaciously rendered and tempered latter-day light Blue Note vibe (hear Let’s Go) and a range of crisply fashioned fusion rhythms. At times the spirit of Pat Metheny is in the air (notably on Orka), but never unduly so.

Apart from the concluding Raye/de Paul classic You Don’t Know What Love Is, which is given a standout, perfectly paced reading, the programme consists of originals from the separate hands of Kondakov, Aymergen and Bilgin.

Musluoglu and Bozhenko gell well, never overplaying, while bringing dynamism and bite to flowing fusion grooves (hear them excel on the now kicking, now meditative, 6/8-sprung Africa as well as Entering The Bar, Orka and Let’s Go) together with a range of pensive, diversely cast and developed ballads (Idea, Hollywood, Bicycle).

All of the participants here are widely experienced and each of the “lead” players leaves a special mark: if Kondakov’s singing, astutely sprung touch and conjoint sensitivity to groove and space are a delight throughout, hear Bilgin’s plaintive, full and rounded tone and phrasing lift Idea and Aymergen’s processed sound and patiently built lines fire Hidden Emotion. A tasty, finely fashioned session.

Nic Jones - 09 December 2019
Here's something outside of the ever more pervasive norm. Stephens and Wilson are both musicians who can achieve effects without ever having to strive for them, and as a...