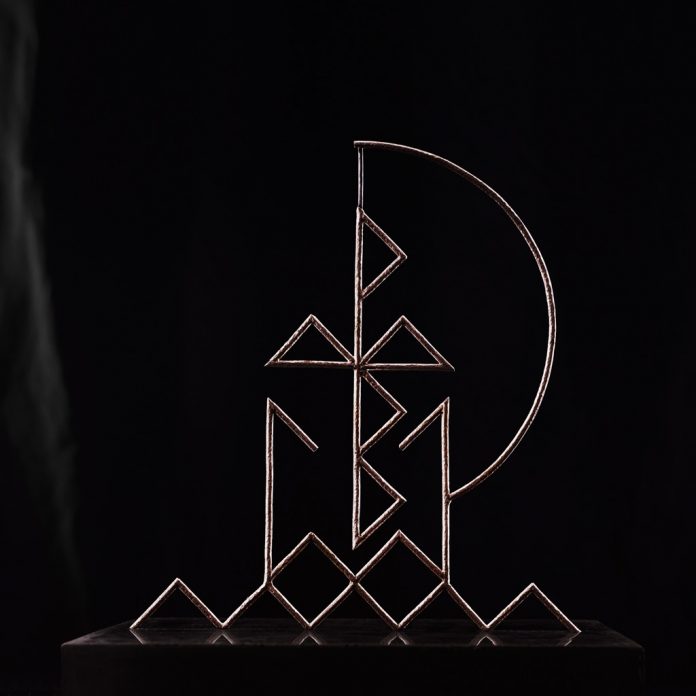 I’d guess that quite a few of our readers would argue that there’s precious little jazz on this album, and I would not find it easy to disagree with them. Nonetheless, I loved it. It made me think of what Last Exit might have sounded like if they had been inspired by Goth rather than Hardcore.

Rochford’s inspirations apparently included the Indian raag system and ancient Indian and Bedouin texts. On the album cover there are a series of symbols which are intended as visual representations of the tracks. They also, Rochford says, have numeric meanings. I’ll take his word for it, as I only just scraped through my maths O level, but I don’t think that has impaired my appreciation of the album as sound and music.

I always like to listen to a CD before reading the sleeve-notes or press release. This means that I often form visions of what the music is about that may be very different from what the artists intended … when it is “about” anything other than the tunes, chords, rhythms, textures and interactions of the players.

For me this album sometimes conjures up visions of vast spaces, dark vistas fading into the far distance, at other times there seem to be great machines of unknown purpose, possibly designed jointly by Franz Kafka and William Heath Robinson.

Although much of the album offers overpowering blocks and washes of sound there are elements of light and shade: Breath That Sparks is quiet and reflective, the rock-tinged Those Among Us features the distant calls of some unseen creature, Cold Regime People Die suggests a stately procession, with a dubious dignity that both belies and exposes the regime the title it evokes, whilst the closing Invite Them In features a lovely saxophone tune, albeit embedded in other elements.

The press release explains that all the tracks are “live takes, with no added studio woo” but it sounds to me as if there was a fair bit of “live woo” in the shape of effects pedals, samplers and other electronic whatchamacallits. You do, however, get a strong sense of the church acoustics, though these too could have been somewhat modified.

The term “visceral” is probably over-used (including by me) but this really is music that affects you physically and emotionally before it engages you mentally and spiritually. I shall be revisiting it a lot.

Simon Adams - 16 March 2020
Sun On Sand features eight compositions – each one representing one aspect of light – all from Aspects Of Darkness And Light, a suite for tenor saxophone, bass, drums...