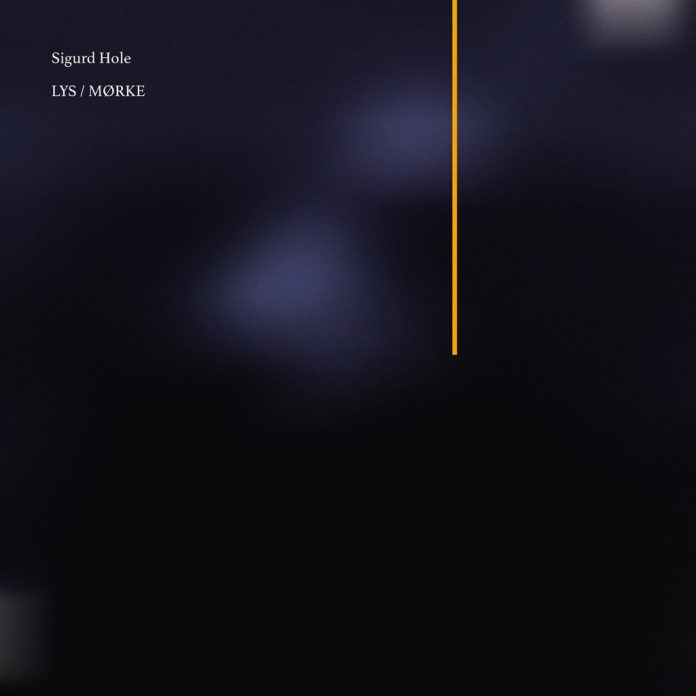 Anybody hearing bassist Sigurd Hole performing with Tord Gustavsen, Jon Eberson or Karl Seglem will surely recognise his tasteful virtuosity. Yet not even his stunning solo album Elvesang (2018) could prepare you for the truly monumental nature of this music. Recorded indoors and en plein air during a stay at a remote Arctic retreat, Lys/Mørke is Hole’s powerful eulogy for a dying planet.

Save for the traditional folk song Himmelrik the bulk of the material is freely improvised. During the recording, sound engineer Audun Strype placed recording microphones out in the landscape. Listening to the album through a decent set of decent headphones can provide a suitably elemental experience, and will also reveal the full extent to which Hole is interacting with his surroundings.

Disc 1 begins with a lengthy improvised triptych, its three-part cycle form in many respects a metaphor for man’s colonisation of the planet. Emerging from a deep and foreboding drone, anguished upper-register harmonics generate palpable unrest before the final movement imposes order. The warm overtones and dancing polyphonies of Yngeldans summon nostalgic charms of the traditional Hardanger fiddle, while the hanging chords and fleet pizzicato lines of Duggdråpper recall another great Norwegian institution, Arild Andersen. The abrasive Trestein and unremittingly abstract Vindu bring momentary echoes of the late Peter Kowald, while the haunting Spielbilde and Havsang evoke decidedly more bucolic vistas.

Mørke generally carries a more tenebrous mood, though the contrast between the two discs is perhaps less dramatic than you might imagine. The low-humming drones of Bølge underscore a series of rippling patterns inspired by an angry sea, Himmelrik’s unadorned melody is cast in a curiously sombre light, and Årringer borrows unexpected sounds and textures from abstract electronica. Varde descends so deep as to be almost sub-sonic, while the lengthy title track hints at the extreme changes of light in Arctic latitudes. It ends appropriately enough with Epilog, and I detect just the faintest glimmer of hope in Hole’s parting shot.

If you’re in any way dubious about the merits of the solo bass recital, prepare to have your preconceptions shattered. It’s profound, unflinchingly uninhibited and characterised by an uncommon urgency, gravity and beauty, Hole cajoling every conceivable timbre and emotion from his mighty instrument.