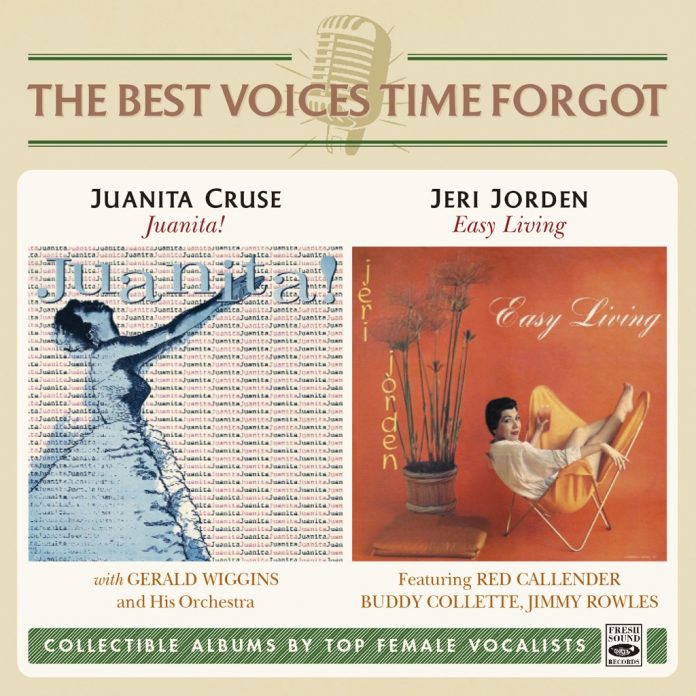 Fresh Sound’s continuing commitment to the Best Voices That Time Forgot is resulting in a series that not only crosses the divide between jazz and superior pop, at least as far as though labels applied in the 1950s, but also offers us precious little insights into worlds now lost, where a singer’s career path took in radio and TV appearances, club dates, and the attentions of an entrepreneur major or otherwise who took it upon themselves to ensure the singer got a record out there. The forgetfulness of time is testament to how such efforts failed, but such failure was often not down to lack of talent.

In Juanita Cruse’s case it was Gene Norman who made the effort on the record front, and this was destined to be Cruse’s only album. The septet backing her comes across as so seasoned that even their effortlessness is unassumingly compelling, while Cruse proves why she was a minor Los Angeles legend in the manner in which she extracts something fresh out of You’d Be So Nice To Come Home To, and while her reading of God Bless The Child might not be definitive, it’s still shot through with more character than many a singer could manage.

Jorden’s solitary album was recorded two years earlier and she enjoys the backing of such luminaries as Buddy Collette and Red Callender, who organised the session. In common with Cruse there’s nothing startling in the repertoire, but familiarity throws the spotlight on individuality, and Jorden isn’t lacking in this department. Her take on You’re Part Of Me offers evidence of her precise intonation, and so nuanced is her work that she also brings a yearning air to proceedings. The Callender-penned Pastel (Please Let Me Forget) shows he knew a thing or two about song writing, and Jorden brings a depth of interpretation which would have eluded many of the big names of the day.