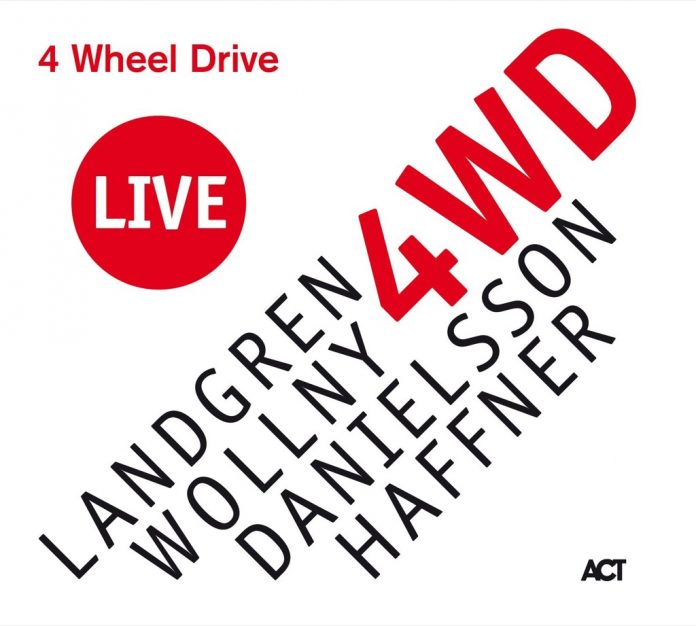 If ACT had an A-list of its artists, then Landgren, Wollny, Danielsson and Haffner would surely be on it. Their first studio recording in 2018 stayed in the German jazz charts for four months. They purvey an easy mix of powerful, accessible jazz and pop and the chemistry between the four explains a natural progression from studio to live performances. This album captures the final night of the concert tour that took many of original tracks out on the road.

Anyone familiar with the studio release won’t find much new here, to be honest. In concert performances of albums tend to play it safe with material the audience know and love, so from the pulsing, thunderous opening of Danielsson’s 4WD through to Silent Way, the playlist is enjoyable but pretty unremarkable. The audience, however, seem to like what it hears.

Perhaps the strangest track is the band’s take on That’s All. It’s a pretty straightforward pop hit from the period when Genesis had moved away from some of their prog rock excess in the early 80s, but here, 4WD noodle around with it, embellish it and almost leave it unresolved after tossing it about for eight minutes or so – considerably longer than the studio version. It doesn’t quite work.

When I first reviewed a Nils Landgren album for Jazz Journal, I thought his vocals were a cross between Sting and Al Bowlly, so it is interesting to hear him actually tackling a couple of songs penned by Gordon Sumner here. They are spirited takes on the originals, perfectly enjoyable, but again, they don’t really say anything new.

If you’ve not encountered 4 Wheel Drive before, then this could be a good place to start. But, like cover versions, I have some reservations about the merits and purpose of live albums, and this one doesn’t change my opinion of them, however good the A-listers might be.

Andy Hamilton - 24 February 2019
Jopek aka AMJ is, her website says, a "vocalist, songwriter, improviser, a passionate visionary". Her father was the star singer of Polish national folk-song and dance ensemble, Mazowsze –...

David Friesen – My Faith, My Life﻿