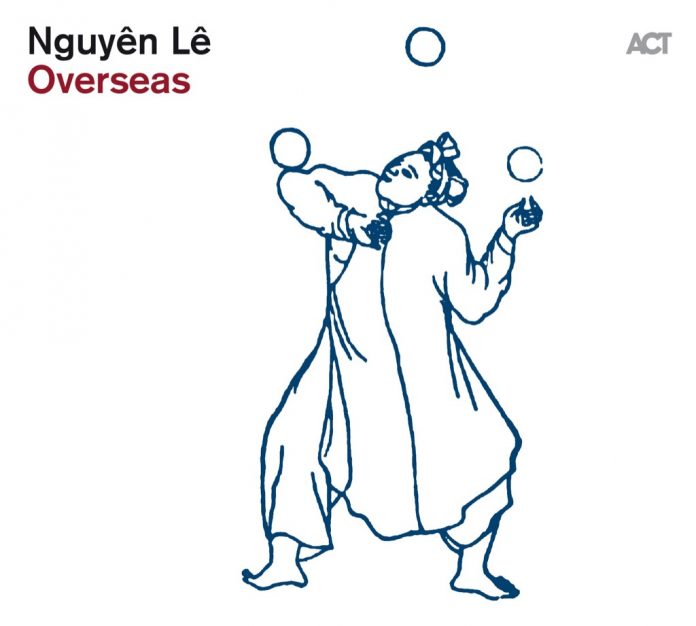 If you’ve ever experienced the thrills of Cirque du Soleil you’ll know that circus music has come a long way since Julius Fučík’s Entrance Of The Gladiators (1897). Conceived and directed by Cirque du Soleil’s lead choreographer Tuan Le, Overseas is the soundtrack to Cirque-Nouveau, an ambitious multi-media reflection on the impact of globalisation on successive waves of Vietnamese migration. The resulting musical mélange is both rhythmically charged and melodically intoxicating, knitting together strands of jazz, rock, hip-hop, electronica and reggae without ever losing sight of its ancient origins.

Of course the story of Overseas is to a very large extent Lê’s own story. French born of Vietnamese parents, he has been exploring his complex cultural identity in a career with ACT Music that recently entered its third decade. Lê’s core band brings together long-term allies Illya Amar and Alex Tran with more recent associates Ngô Hồng Quang and US-based beatboxer Trung Bao. Fellow travellers Cuong Vu and Chris Minh Doky pop-up for a series of inspired cameos, while a handpicked cast of traditional Vietnamese musicians, recorded separately and dropped into the mix during studio post-production, introduce a vital layer of authenticity.

Opening with the pellucid melodic airs of Noon Moon, Amar’s prominent vibes create instant atmosphere. Waterfalls finds the Sco-like Lê mining Doky’s low-end groove, while his brooding intro to The Offering channels the David Gilmour of Wish You Were Here. Thematically speaking the seven-part Overseas Suite is the main event – an evocative series of vistas, The Quest and Square Earth throw the contrast between old and new worlds into sharp relief, Lê’s dazzling post-fusion chops finding common musical ground with the traditional fiddle and zither. Vu’s contributions to the dub-inflected In The Warm Rain are perhaps the high spot, though the gravity defying Year Of The Dog, where Lê plays in Wayne Krantz’s back yard, runs it a close second.

A superb point of entry to Lê’s world, Overseas is surely one of his most diverse, ambitious and deeply personal works to date.

Fred Grand - 17 February 2022
Labelling music can be a perilously reductive pastime, and since their formation in 2000 the sui generis Belgian-German ensemble Dictaphone have attracted more labels than most. Dark jazz? Contemporary...