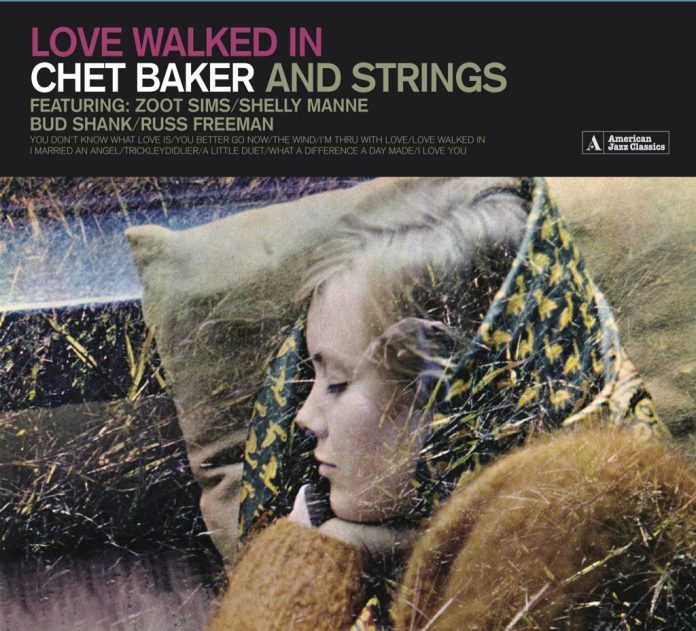 This release represents a comprehensive expansion of the original album, Chet Baker With Strings, which was issued on LP by Columbia in the 1950s. Baker was under contract to Pacific Jazz when Columbia Records made them an offer they could hardly refuse. They offered Pacific a free hand to record an LP with strings, providing top arrangers, Marty Paitch, Jack Montrose, Shorty Rogers and Johnny Mandel. They also offered to provide top soloists and rhythm section including Zoot Sims, Bud Shank and Shelly Manne. A financial agreement was reached with Richard Bock, head of Pacific Jazz and Chet, apparently, hopped happily into the recording studio.

He certainly sounds relaxed on all these tracks which, with the addition of three alternate takes, also include two unaccompanied vocals by Baker, two 1955 quartets and four selections from an Italian recording session in 1959, again with string accompaniment and a full conventional orchestra.

On all the familiar standards Baker plays with warmth, employing his typical laid-back sound, a rich but restrained tone. The strings don’t swamp him but are used intelligently to support with background interjections or melodic backup to his winsome solos. The duet with Zoot Sims is well handled. Both players seem completely in their element, feeding off each other and soloing in a combo setting before the strings come in to supply sympathetic ballast. Bud Shank only plays on three selections and has a good, charging solo on Love. Russ Freeman is a tower of strength on every track he plays on.

Some of the best music here comes from the Italian session where Baker is again relaxed and plays with spirit, this time with a full orchestra and strings that sound like at least 40 musicians. They do sound a bit overwhelming at times and do not have the same well-orchestrated backings to offer that the American top arrangers provided but Chet, as always, sounds completely at ease.

The only oddments here are the two vocals without any backing. It seems they were possibly done without Baker realising he was being recorded. They are heard for the first time here and present a breathy, softly crooning vocalist indulging himself on versions of Blue Room and Spring Is Here, pieces he rarely recorded in any format elsewhere.

François van de Linde - 24 July 2020
Straight-ahead jazz records with the Fender Rhodes as the centre of interest can be counted on the fingers of one hand. The Rhodes was omnipresent...