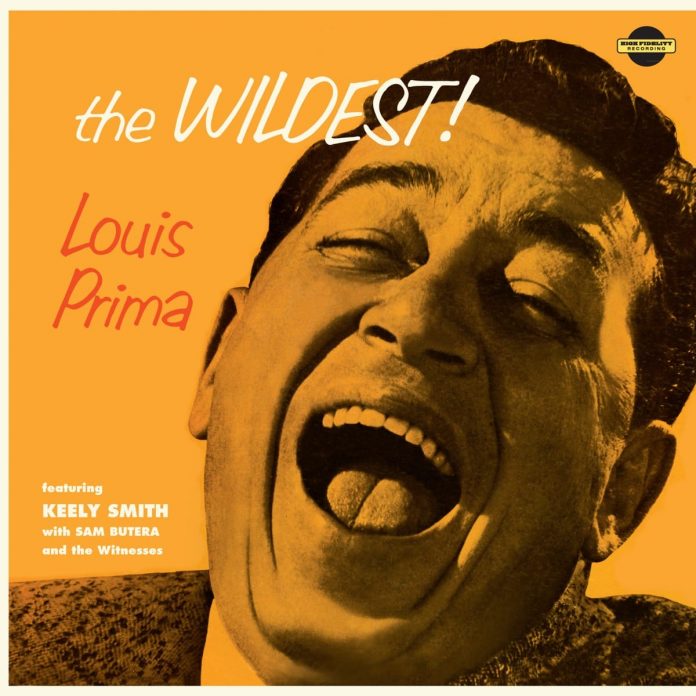 Fans of The Jungle Book will be familiar with the work and entertainment of Louis Prima. He played himself in the 1967 animated musical film, depicting an orangutan wanting to control the power of fire, a metaphor for the selfishness of humanity. Nearly 10 years later The Wildest! was issued, a collection of toe-tapping party tracks that combines big band, swing, rock and roll and blues into one. It features the drummer Bobby Morris, who sadly passed away this year.

From the start, the comical nature of Prima’s vocal style is present in Just A Gigolo / Ain’t Got Nobody, one of three medleys on the album. This track also introduces The Witnesses, his backing vocalists. (Nothing’s Too Good) For My Baby features Keely Smith, Prima’s wife at the time. Standout tune Oh, Marie involves a musical battle between Prima and tenor saxophonist Sam Butera before flourishing into a hard-core rock and roll sax solo.

The popular crowd-pleaser Jump Jive An’ Wail can be heard at the beginning of the second side and later such classics as Pennies From Heaven and I’ve Got the World On A String. This kind of music provided inspiration for a later generation of swing fanatics including The Jive Aces.

This is a limited-edition orange-coloured vinyl pressing with a total of seven bonus tracks. The album is reissued with original cover art and liner notes.

Nigel Jarrett - 29 November 2020
A cynical world in which mass suffering is considered more worthy of attention than the individual tortured by angst might regard Schubert's Winterreise song cycle as too self-referential. The...

Dave Miller Trio: The Mask-erade Is Over