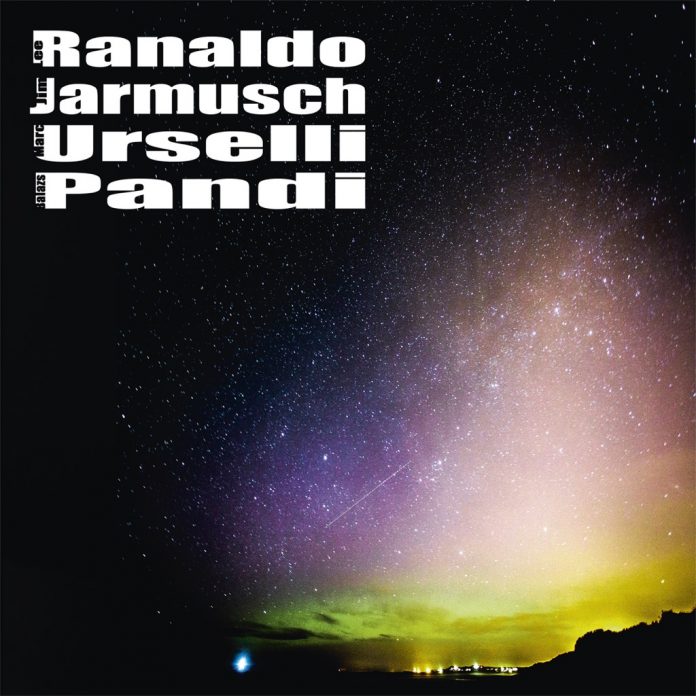 In 1981, Ranaldo co-founded the influential band Sonic Youth, which epitomised the sound of downtown Manhattan, fusing raucous post-punk rock with avant-garde and free jazz. Since the group broke up in 2011, Ranaldo’s solo recordings have included songs by the Grateful Dead – whose more experimental “Space” live jams could be a touchstone for these improvisations.

Film director Jarmusch is not known as a musician, but music has played an integral role in his films since 1984’s Stranger Than Paradise, which starred original Sonic Youth drummer Richard Edson and John Lurie of the Lounge Lizards, who also did the soundtrack. Jarmusch later collaborated with Tom Waits and introduced Ethiopian jazz master Mulatu Astatke to a wider audience through the 2005 Broken Flowers soundtrack.

The lesser-known Urselli and Pándi more than hold their own on this four-way downtown street, their rhythm section paving the way for long-form improvisations. Besides intermittent drum outbursts from Pándi, it’s difficult to pick out individual instruments from the overall drone-like flow, though.

And while this late-night experimental ambient/post-rock jam session creates tantalising soundscapes, it never really gets off the ground.

Several tracks sound like extended intros to late 60s free/spiritual jazz tracks – I kept waiting for the saxophone or chanting to begin. Between occasional surges into ecstatic post-rock noise, there is mostly suspended tension and tentative forays that don’t seem to lead much of anywhere.

There’s unfulfilled potential here. Here’s hoping these four return to a studio or stage to build on this groundwork.