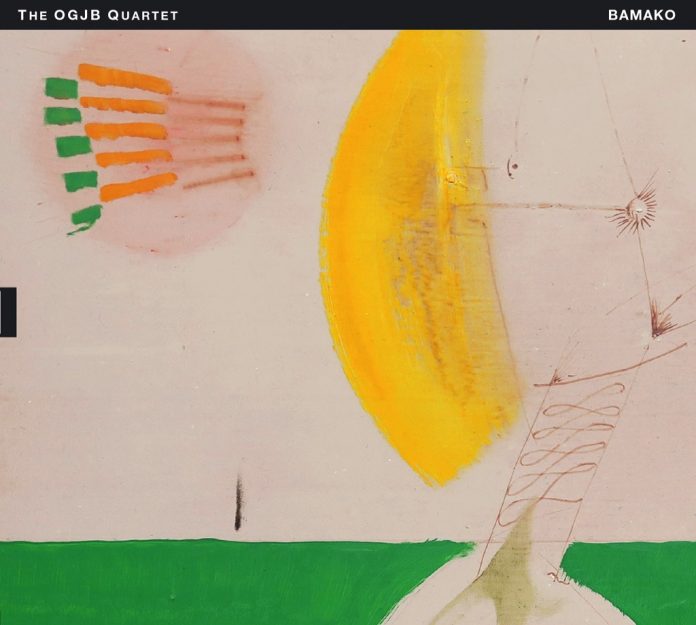 The OGJB Quartet has been with us since 2015 featuring four musicians associated with and dedicated to improvisation at the sharp end. In the shape of Oliver Lake and Barry Altschul we come close to two artists who could almost be regarded as founding members of the cutting-edge club, later joined by the younger pair of Graham Haynes and Joe Fonda amongst many others. Of the four, only Haynes could be accused of dipping his toe into commercial waters.

As one would expect of a collective such as OGJB, composing duties are shared and there’s the usual problem of discerning where the written ends (or indeed starts) and the improvisation begins. This doesn’t apply to the last two tracks, which are wholly improvised.

Only on the title track do we find the alternative instruments (plus recitation); it’s an African-flavoured piece, strangely repetitious in nature and ultimately a meandering disappointment. This is not typical of the disc as a whole however, as the foursome delve into areas of busy interaction balanced against stretches of “breathing space” as on Altschul’s Just A Simple Song, based on only three notes and featuring the horns in a more restrained setting.

By contrast the Lake-composed Stick has a jagged opening statement from Haynes before he and the composer engage in some intense exchanges, as they do on Listen, which runs close to 15 minutes. This opening track immediately unveils the group’s modus operandi, replete with ultra-busy bass and drums leading to a change in tempo, the horns playing over “regular time”. Lake explores the extremes of his alto and Haynes solo has boppish tinges around the edges.

This is definitely a session to appeal to those who prefer their music to exist a long way outside the mainstream.

Sophie Prior - 05 August 2021
One might not expect the chromatic harmonica to be a frontline instrument, and there haven't been many prominent practitioners aside from Toots Thielemans and Hendrik Meurkens. Yet 22-year-old Ariel...