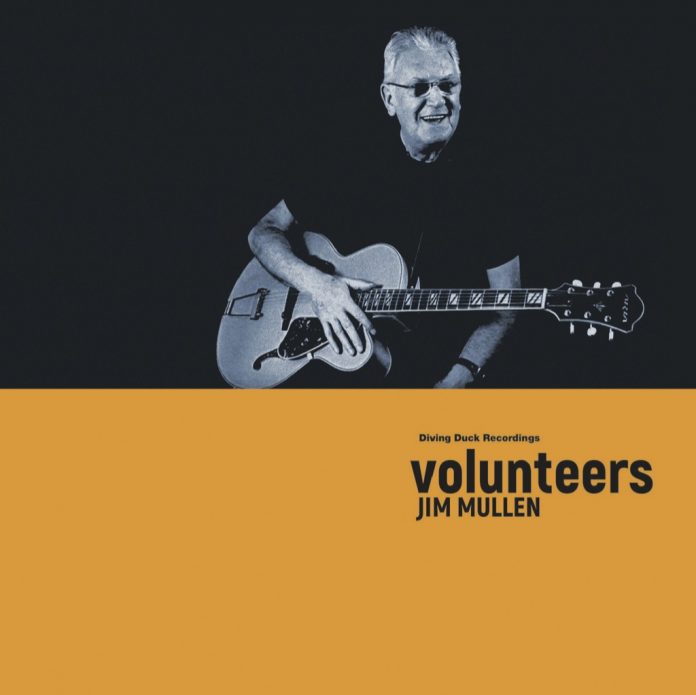 Guitarist Jim Mullen’s journey into jazz was somewhat circuitous, taking in an array of pop, soul and funk bands which included Kokomo, Brian Auger’s Oblivion Express, Pete Brown’s Piblokto! and the Average White Band. There was even a foray into the avant-garde with Mullen playing double bass on The Amazing Band’s sole recording Roar (FMR, 1996), recorded in 1970 but only released decades later.

However, by 1975 Mullen had teamed-up with saxophonist Dick Morrissey to form the highly successful soul-jazz band Morrissey-Mullen, whose debut album Up was released on Embryo in 1977. The group folded in 1988 when Morrissey’s failing health made its continuation impractical, although the two musicians did meet-up occasionally for jams and gigs.

Mullen’s debut album released under his own name was Into The 90s (6 Strings And A Plank Of Wood, 1990) and since then he’s released well over a dozen albums. His technique channels Wes Montgomery in that he uses his thumb rather than a plectrum to pick the notes. Whilst this can be slightly limiting in theory, anyone who’s seen the guitarist play live won’t fail to be amazed by his dexterity, and in particular his lithe, rapid comping.

Volunteers (nothing to do with the Jefferson Airplane track) was recorded in 2018 following Mullen’s temporary incapacity due to serious illness in 2017. It features a mixture of standards and self-penned originals and a nonet comprising some of the finest jazz musicians playing in the UK today. The nine tracks are divided between three standards and six Mullen compositions all of which have appeared on two of his earlier albums. Rule Of Thumb, Speed Of Sound and Spare Change are found on Rule Of Thumb (EFZ, 1995) and Medication, Outeractive and Smart Money were recorded for We Go Back (EFZ, 1996). Both records were quartet dates so these new arrangements with an augmented line-up add considerable colour and depth.

Mullen’s blues-inflected guitar lines are in evidence throughout as is Gareth Lockrane’s dulcet flute work and especially on numbers like the Latin-tinged Spring Is Here. Examples of Mullen’s aforementioned comping skills can be heard on Smart Money but his soloing is remarkable with his rapid-fire single notes too, as on Medication and Speed Of Sound. So what you have here is effectively a smallish big band playing some very taut, engagingly swinging compositions and an overarching feeling of an ensemble rich in warmth, embellished with copious, all-round soloing dexterity.

Jim Mullen and his Volunteers band perform at the 606 Club London on Sunday, 17 November @1:30pm as part of the 2019 EFG London Jazz Festival. Click here for more information and to book your table

Betsy Bell - 15 November 2020
Playground is the Italian musician Paolo Russo’s 17th album, and showcases his skills as pianist, bandoneonist and composer. It presents a whimsical journey inspired by the freedom of children...

Jazz Journal - 28 February 2020
This is a record on which vocal eccentricity seems to have replaced feeling. Mr. Harvey's singing is in fact the LP's main fault; the instrumental work isn't interesting, but...