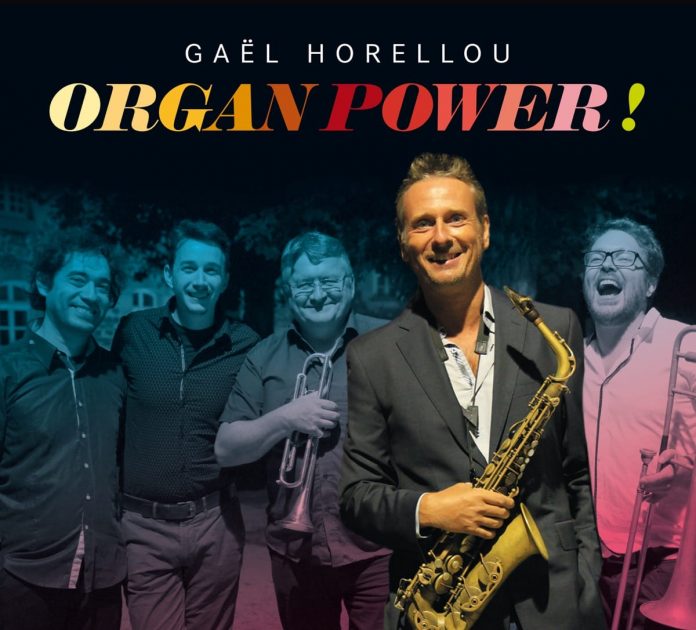 My first encounter with Gaël Horellou was one for the ages. Approximately four years ago the French alto saxophonist together with American drum wizard Ari Hoenig blew the roof off a little club in The Hague with a performance that might best be described as a deconstruction of Charlie Parker with the kaleidoscopic flair of Frank Zappa and the kinetic energy of Soft Machine from the late 1960s.

Horellou’s colleagues on Organ Power!, his fifth album for Jordi Pujol’s inimitable Fresh Sound label, are less explosive but by no means comfortably numb and while the roof may stay safe and secure, Horellou is typically energetic, accomplishing increasing tension in virtually every solo on a record that apart from Gigi Gryce’s Minority consists of original compositions. Horellou’s lilting tone is the icing on his hard-bop cake.

Contemporary allusions to the classic Blue Note groove such as Le Hajeton and Rouse (most likely a homage to Thelonious Monk’s long-standing tenorist Charlie Rouse) provide excellent entertainment. Gryce’s Minority swings fluently and, to boot, is embellished with a sizzling secondary theme by the dense and attractive frontline of alto saxophone, trumpet and trombone.

The otherwise solid boogaloo of Funky Ruffel and surprising gospel jazz of Palace Special leave me wishing for rawer treatments. Organ Power’s truly distinctive tune is Nathanaël, a danceable and captivating song that connects Hebrew culture with adjoining countries of the Near East. Horellou feels like a fish in the water of the Jordan and the Nile, not surprising considering his lively crossover attempt of Tout Les Peuples in 2019.

Much to his credit, Horellou is his own man whether reimagining bop, crossing over to world music or leading the vintage organ combo of Organ Power.

Bruce Crowther - 23 June 2022
Of Peruvian parentage, Ermelinda Cuellar is resident in Houston, Texas. During and after studies in opera performance at Moores School of Music within the University of Houston, she sang...