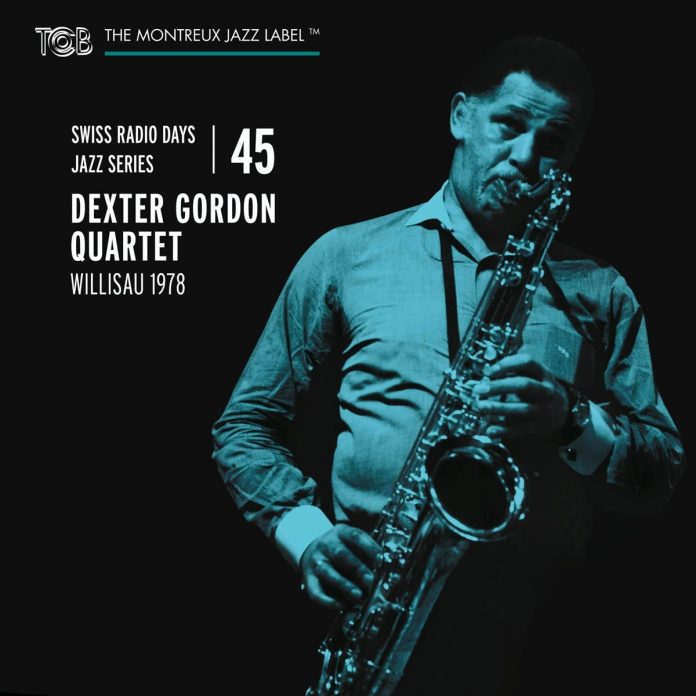 Gordon was remarkably consistent all through his career despite a lean period when he lived and attempted to work regularly in Los Angeles. He made few records there for lack of opportunity but those he did tape were very good.

A renaissance in 1960 saw him record four excellent LPs for Blue Note in New York before flying off for an extended engagement at Ronnie Scott’s In London and then on to Paris and, eventually, Copenhagen, where he settled for 14 years. This latest release from TCB catches him on exceptionally good form at a concert in Willisau in 1978, two years after his return home to NYC and by then, fronting his own regular touring quartet.

Although he had spent his long years in Denmark and Paris and never had a regular band, his reputation ensured he always had top support from both local European and expat American rhythm sections. Even so, a regular band such as that featured here must have been a plus for an adventurous improviser who always transformed and personalised every composition he played.

He sails confidently through a 15-minute reading of On Green Dolphin Street, pumping out inventive long notes, slurs and quotes from other songs with consummate ease. The rhythm section shadows him faithfully all through as they do on the remaining five extended selections. It is much the same on Parker’s The Jumping Blues and Randy Weston’s Hi-Fly. Old Folks offers over 16 minutes of sublime ballad playing, burry long notes and lyrical warm tones towards the ends of phrases. Cables supports extremely well and has some piano solos that are stretched out in the middle of tracks. Reid and Gladden too, get plenty of solo space when not backing the tenor sax faithfully.

A clear, clean recording and the wild, enthusiastic applause all through indicate that the audience loved every minute of it. Dexter was back on the international scene by this time and would soon be acting and playing in a feature film in the USA.