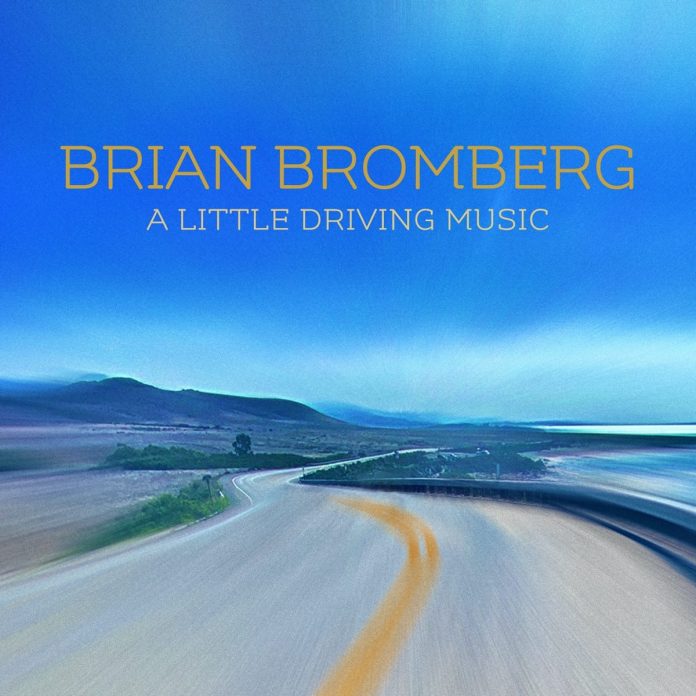 Bassist Brian Bromberg has a CV that should keep his bank manager very happy. A list of those artists he has played with reads like an A to Z of the world’s music elite. He even has his own series of signature bass guitars. When not playing for others, Bromberg is a prolific composer and bandleader in his own name. This album is his twenty-third to date. Whilst he can turn his hand to most genres of music, he does tend to lean towards smooth jazz on his solo outings.

This album is titled A Little Driving Music and it does exactly what is says on the tin. I popped it in the car CD player on a trip from Portsmouth to London and it worked a treat. The music is very much West Coast, USA, and it is not difficult imagine being on the Pacific Coast Highway in a nice Shelby AC Cobra. Maybe a Skoda on the A3 isn’t quite the same but one can dream!

The downside of calling this album “driving music” is that it almost defines the boundaries of its use. Whilst not ambient music (in the sense of Brian Eno’s Music For Airports) it does feel like background music and no individual track shone through, except for the instantly recognisable Walking On Sunshine – the 1985 chart success for Katrina and the Waves. Overall, the album feels more “funk” than “smooth” with strong, driven bass riffs and a powerful horn section. This is possibly because of the presence of “funk” guitarist Jerry Cortez from Tower of Power and the percussionist Lenny Castro. The band are tight and play with a sophisticated and polished style that only seasoned professionals manage to achieve. Given Bromberg’s status in the music industry it is clearly not difficult for him to surround himself with some outstanding musicians.

To summarise, the music was enormously enjoyable if not always memorable. It works a treat in the car and whilst it may not be everyone’s first choice for a purchase, it is certainly worth a stream next time you hit the road.

Brian Payne - 10 June 2020
I’d not come across trombonist Klas Jervfors Turner until I heard this CD. On first listening I thought I must have been missing something - it’s that good. I...