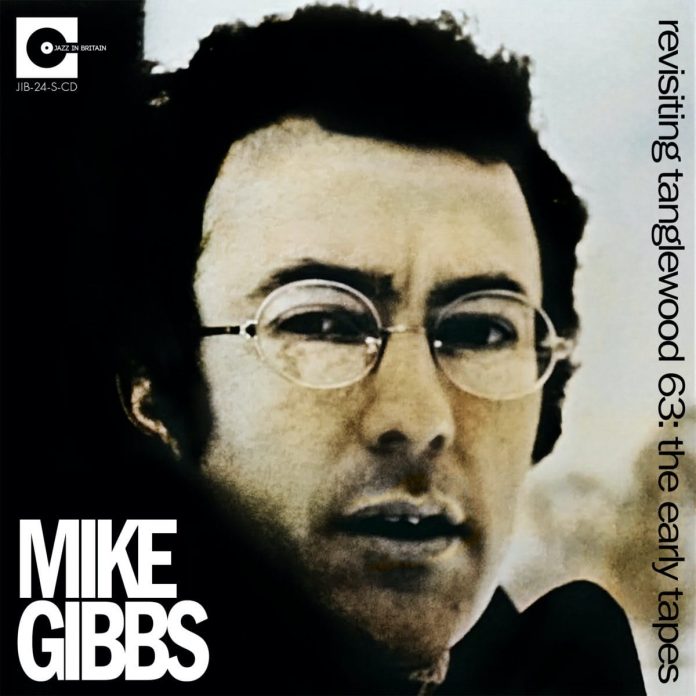 Mike Gibbs is at the top of the arranger and composer tree with Gil Evans. Although Gil will never be trumped for his creation of the Miles Davis 1949 band and the albums that followed, Mike’s work now outspans him for creativity, and his originality has shone light into many idioms.

The bands on this album are the classic ones and this happy combination of superb writing and inventive soloists is the core of Gibbs’ work. He’s still writing form his long-time home in Málaga and he still has big-band gigs ahead. Mike is a recording gypsy, and his bands originate in many countries.

Although the titles are similar, these are not the original classic recordings done for Deram. They are both BBC broadcasts (a year earlier I had introduced, on Radio Three, Mike’s first broadcast with this band plus John Surman and a similar repertoire). The strength of character in each composition tugs the sound back to the original all the time – no one else could play this music and no-one else has been silly enough to try.

I was thrown in at the deep end, not having heard the band before the day of the broadcast that I compered, so I had to accept right away the rock element that Mike uses. Other standard jazz fans either took their time absorbing that influence, or rejected it. Now it seems as natural and as attractive as could be.

The opening track has been perfectly chosen, for it opens with a compulsive ensemble from the first line of the personnel below. It’s all the brass, with Dick Hart sounding as though he is on a rampage (he’s not really, he’s playing the chart). Like all Gibbs music it’s exhilarating.

If it wasn’t for the deep strength of character that runs through it all one wouldn’t believe that it had all come out of the mind of one man. There’s everything here: Sojourn and Canticle are yearning, nostalgic themes whilst the brief Fanfare is a majestic explosion to complement the Tanglewood brass.