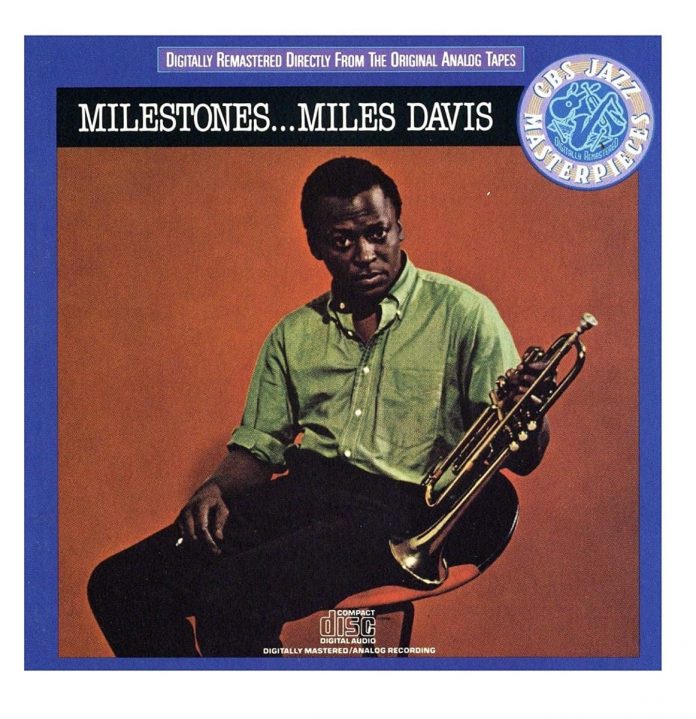 This well-known album opens with its weakest track on which the tempo seems a little too fast for Miles and he’s reduced at one point to quoting from The Saints. Coltrane and Adderley cope bet­ter but their alternating choruses fail to build up momentum and only the bowing Chambers and Philly Joe are impressive.

After that things improve and the rest of the album justifies its high reputa­tion. It’s interesting to observe with hindsight the pointers towards the following year’s Kind Of Blue. Of the five band tracks four are 12-bar blues and the other is the modal Milestones on which the solos strikingly fore­shadow the sound of the later album.

Billy Boy is a fluidly exciting showcase for the rhythm section with Chambers and Jones again outstanding. Of the horns Davis (Dr Jekyll apart) is the most con­structive soloist but the sax­ophonists also consistently hold the attention, Adderley’s flashiness balanced by Coltrane’s inten­sity. Red Garland, though adequate, didn’t match the indi­viduality of the other five and was about to be replaced by Bill Evans, which leads me to my conclusion. CBS could have done their clien­tele a favour by including here Green Dolphin Street and the other two tracks with Evans recorded shortly after these – an obvious and chronological way of extending the playing time.

Derek Ansell - 24 April 2019
The subtitle "A Sondheim Adventure" is a bit of a giveaway in that all the tracks were written by the famous Stephen of that name. When I Get Famous, the...