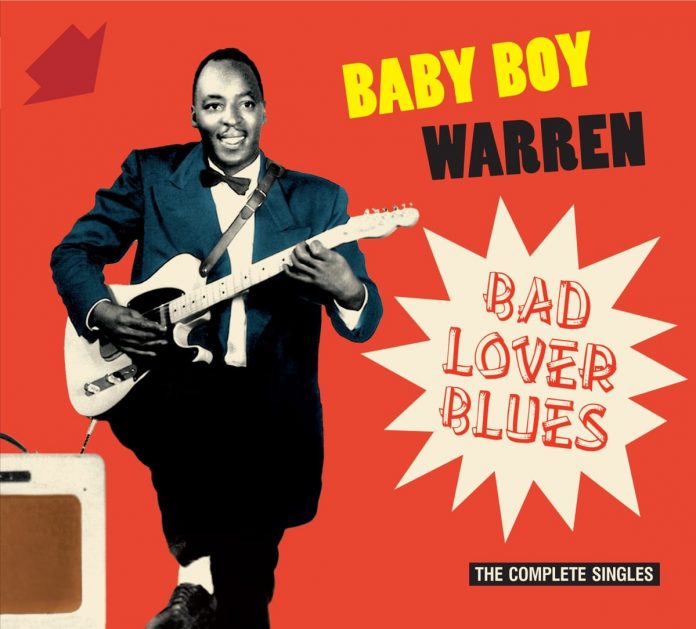 Detroit is famous for many things, usually cars and Tamla Motown, but the blues is not one of them. It can claim to be the home and work place of John Lee Hooker for a time, but for the most part interest in the blues went to its larger rival, Chicago.

As a result, the Detroit blues story features a litany of talented but lesser-known musicians such as Eddie Kirkland, Eddie Burns, Little Sonny and the artist reviewed here – Baby Boy Warren. Even now, little is published about the Detroit blues scene and the Detroit sound (different in subtle ways from the Chicago blues) has gone unnoticed. The key differences between Chicago and Detroit blues were largely due to choices of amplification and the use of more bass and piano in Detroit.

Baby Boy Warren’s library is not extensive and the quality of what exists is good but not great. But that is not surprising as most were recorded in small record-store studios, as was the nature of the recording industry in Detroit at that time.

He was frequently accompanied on his recordings by local musicians Charlie Mills or Boogie Woogie Red on piano. Occasionally, a bigger name would drop into town and here we have Sonny Boy Williamson featured on a couple of tracks (Sanafee and Chuc-A-Luck) to great effect.

It is said that Warren’s song structure owes a strong debt to Robert Johnson in terms of dark humour and wit. The Penguin Guide to Blues Recordings describes him as having brought “a hip, literate humour to the blues lyric”. His voice is strong and carries conviction. The music paints a vivid picture of life – good and bad – in the ghettos of Detroit.

This collection suggests that Warren was not limited by talent but by geography and opportunity. This release is significant and will allow more blues fans to discover one of the Detroit blues most important but unsung heroes. Highly recommended.

Michael Tucker - 25 April 2019
A (very) distant memory of the torture of studying O-level Latin was not quite enough for me to unlock the Latin titles of this live duo session of free...