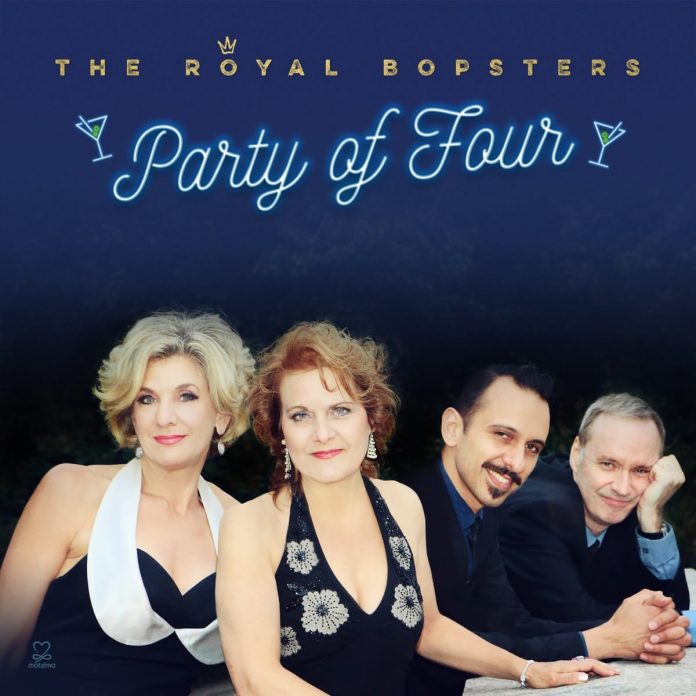 Despite the extra voice, The Royal Bopsters really occupy the ground laid firmly many years ago by Lambert, Hendricks and Ross. The best known of the foursome is Pete McGuiness who supplies the tenor part to London’s soprano, Ross’s alto and Pramuk’s bass. The publicity sheet accompanying the disc suggests that “Party Of Four reveals the Bopsters in a yet higher dimension of vocal daring”, yet those with seasoned ears will recognise re-trodden paths in terms of harmony and improvisation.

Each individual member gets to strut their personal stuff, Pramuk getting to open up on three tunes including Rusty Dusty Blues, sporting that Jon Hendricks lyric. Unfortunately his is not a commanding voice and not particularly engaging, begging the question as to why the two ladies were not given more solo space.

Two guest vocalists, jazz improvising veterans Sheila Jordan and Bob Dorough, add their expertise to a number apiece, the former on Lucky To Be Me, the latter embracing Baby, You Should Know It. Inevitably, both display certain frailties but Jordan’s only truly manifest themselves towards the end of her performance. Given one of them was approaching ninety at the time and the other had already passed that milestone, this is probably an unnecessary comment.

Collectively, the Bopsters themselves contrive a pleasant enough sound but those seeking something new in the genre will be left wanting.