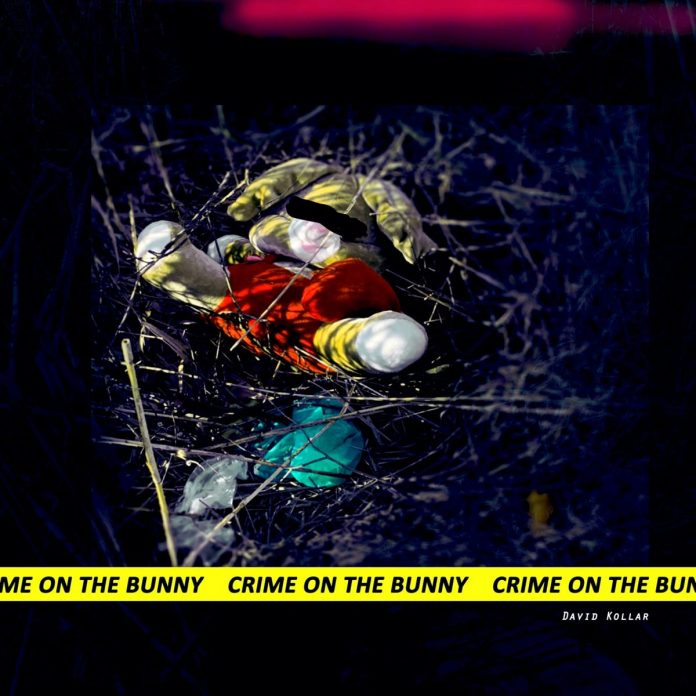 Ronroco is not a cousin of Ronbacardi but a lower-register relative of the charango. Both these instruments are associated with the Andes and are descendants of the Renaissance Spanish vihuela, which was closer to a lute than a guitar. It sits well with the baritone guitar that Kollar uses on both these discs. The baritone guitar seems very much in vogue at the moment, which is fine by me as it has a very pleasing tone.

I’m not entirely clear whether these two discs are available separately. They do have separate catalogue numbers but certainly come as a double-album, which is what I got. The accompanying booklet sets out 10 poems by Valerik Kupka, but Kollar’s compositions on the first disc are not settings of these. Rather, they seem inspired by images and feelings contained in the poetry, with the track titles taken from lines in the poems. Each track is atmospheric, often meditative, and Koller’s use of sampling is subtle and perfectly-judged.

Crime On The Bunny is a somewhat different kettle of rabbit, the title track crashing in with punk drumming and thrash-metal guitar, then jumping between stalking slow passages and blazing up-tempo sections with abrasive guitar effects. After 10m 15s of this the relatively brief Coronomorphia tracks serve as radical palate-cleansers before the peaceful 52m 36s of the closing track.

The Sound Behind The House is not so much a title as a description. Recorded at 5.07 am just outside Kollar’s parents’ house in Fintice in Kollar’s native Slovakia, it opens with the dawn chorus and stays with it for the whole track. Depending on your viewpoint it’s a brave or impudent move to fill some three-quarters of the album with birdsong and what sounds like running water and wind. On first hearing it creates tension: with the previous tracks ringing in your ears you wonder if it will end with some Dadaist coup, like a sudden blast of sound, but it doesn’t. It just gently fades out on the bird-song, leaving us with a reminder that nature provides life and beauty as well as the fear and grief of coronavirus.

Kollar says he took inspiration from seeing a discarded but still smiling plush toy rabbit when he (Kollar, not the rabbit … well, maybe both) went for a walk in the forest during the first Covid lockdown. His and Mastelotto’s performances were recorded in real time, with Henriksen adding trumpet effects subsequently.

Discography
CD1: [10 Poems For Ronroco] To Stand On The Shore Waiting For The Tide; Tears Are Running Down A Tree; A Morning Was Being Born Of The Night; Somewhere In The Moonlit Night; They Are Hopelessly Disappearing Into The Morning; Falling Stars; And The Tears Stiffened; Somewhere Out There; The Sky Painted All Over With Yellow Colours; A Divine Beam Descended On The Earth (23.58)
CD2: [Crime On The Bunny] Crime On The Bunny; Coronomorphia 1; Coronomorphia 2; The Sound Behind The House (68.10)
CD1: Kollar (ronroco; bar-g; sampling); Erik Truffaz (t) on Divine Beam. 2020. CD2: Arve Henriksen (t); Kollar (bar g); Pat Mastelotto (d). 2020.
Hevhetia HV 0213-2-331/HV 0214-2-331