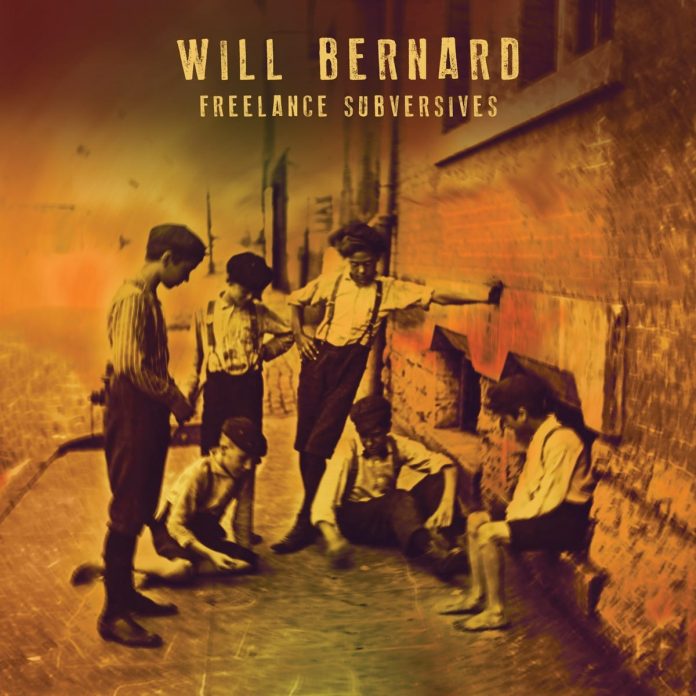 The ambidextrous nature of guitarist Will Bernard has revealed itself during every step of a career that since the late 80s has led to wildly diverse associations with Tom Waits, Dr. John, Don Cherry and militant hip-hop group The Coop.

Bernard is adventurous and though he builds on the role of the soul-jazz guitarist as defined by such forebears as Grant Green and Billy Butler, he constantly draws outside the lines, focusing on quirky lines, percussive phrasing and invention of refreshing sounds. During his travels, the assistance of organists Eric Finland, Ben Stivers and John Medeski, who operate a candy store of organs including Hammond B3, Wurlitzer and Fender Rhodes, is indispensable. The expressive contributions of saxophonists Jay Rodriguez and Skerik are the icing on the cake.

Bernard’s compositions reflect his knack for catchy hooks and deceptively simple bridges. Some of the tunes may be interchangeable, but nonetheless are leavened by the continuous innovative spirit of Bernard. Grunk is the most monstrous cut of all, alike almost to the stoner rock of Kyuss, and graced by Bernard’s sardonic screams, subtle dissonance and purely American twangy sound. Shuffle beats like Pusher Danish and Clafunj are smothered in grease; red beans, rice and kidney stew transformed into chords. Lifer is the album’s highlight, a groove with a hip line and Eastern-tinged solo by Stivers on the Farfisa organ. It is succeeded by breather Garage A, a sound experiment including bottleneck guitar that is developed into a lovely kind of post-Twin Peaks mood music.

Arguably few would resist the temptation of adding vocals to rock-steady grooves like those presented on Freelance Subversives, a temptation that moreover applies to the ballad Blue Chenille. Instead, Bernard stuck to the formula of driving his band through the wall, an effort of integrity and, on the whole, a convincing record of contemporary roots music.

Michael Tucker - 08 August 2021
“I have seen the cups and tables of Plato, but never his cupness and tableness”. So said Diogenes many moons ago. Fast forward to the mid-1970s and a Downbeat...