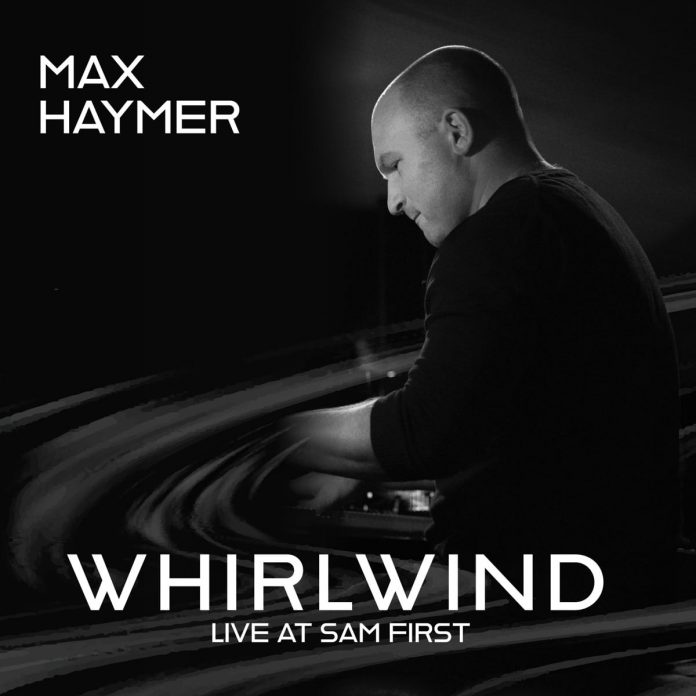 Max Haymer doesn’t so much introduce his piano to a tune with due deference as make overtures to it, fire it up, and give it a sweaty workout. He studied music on a college sports scholarship – often the way of academic study in America – and has enjoyed entering music competitions. As a pro on the road, he’s been a pillar of the Arturo Sandoval band since 2014 and singer Jane Monheit’s pianist on the West Coast. He’s also the leader of an energetic trio, here recorded “live” at a celebrated LA club. He has also worked with Mike Stern, Denise Donatelli, Joel Frahm, Bill Holman and others.

There’s no need to make a fatuous connection between his music and his sporting prowess (soccer): he makes a non-fatuous one himself. For team mates read band mates; for physical fitness stamina; and for combined effort on the park collective musical empathy. This last scotches any idea that his approach might consist of catch-as-catch-can antics at the keyboard as he gets stuck in, having warned the hindmost that the Devil might take them. The three members of his trio are in it together.

The whirlwind of the title, however, makes landfall in the final track, Love For Sale, with a barrelhouse intro, a sprinting bridge and a Tatumesque tally-ho of choruses at top speed. It’s left to drummer Dan Schnelle’s solo to soak up the momentum and draw the fire. If it was the final item on the night, and for that reason a showpiece, the audience had been given full measure, with Haymer’s performance first among equals as one of three tigers in the tank.

Although the publicity has it that his musical physicality is innate and his soft centre down to the six years with Sandoval, there’s more to him than that. The first – So In Love – and last tracks by Cole Porter bookend six original compositions by him along with Weill’s Speak Low, its titular injunction taken literally at the start and given a Latin tinge by Schnelle. Here too, the percussive Haymer bounces across the keyboard, echoing the sharp punctuations of Proof Of Evil, which also includes a tearaway episode and echoes of Herbie Hancock and Wayne Shorter.

Gold Plated Dime has a narrative feel as well as being an example of how Haymer’s twin-fisted dynamic lends itself to quasi-crescendo, graduating to the full monty in Welcoming, a simple, tender, long-breathed tune at first in which drums and bass play important head-arrangement roles. The reflective Killing Time is a piano intro to Passed Time, which is 11 minutes long and features a beefy bass solo by David Robaire and a double embers-to-conflagration raising of the stakes. The title track is a waltz.

However Haymer’s performances begin, he’s soon running down the pitch and heading for goal. Back of the net! This latest album appears on Monheit’s label.

Fred Grand - 19 April 2021
Lassen’s 2019 Jazzland debut Eventyrer was quite a statement, and I was struck both by its gritty authenticity and the way in which old and new currents in Scandinavian...