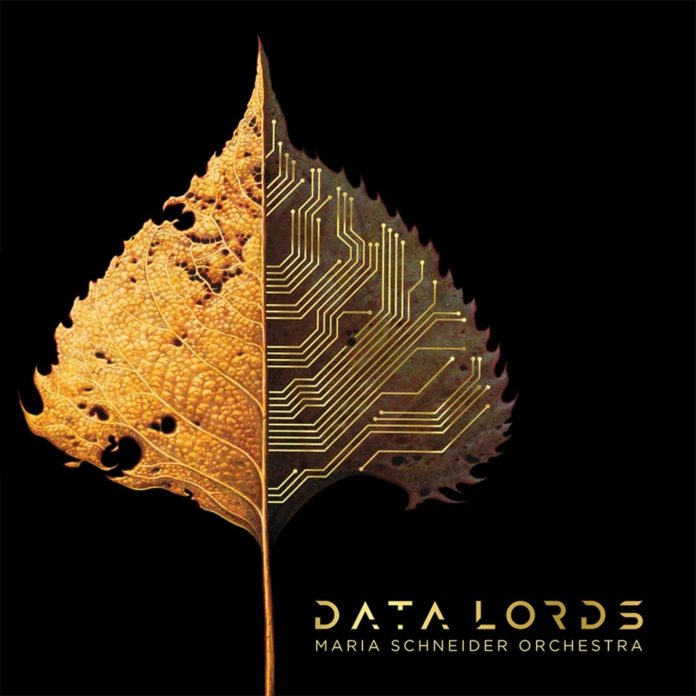 Perhaps I should declare right at the start that I agree with everything Schneider has to say with this work, but I accept that this should not influence my opinion of Data Lords as music. Fortunately, there is no conflict: when I first listened to the album I was impressed with it as a sound world (or worlds to be more accurate) and at that stage I had only a vague awareness that it was generally about the growing power of data companies, with their ever more voracious appetite for exploiting our personal details and their total distaste for paying their fair share of tax to support the societies they feed off. The title Don’t Be Evil is a reference to a certain IT multinational’s motto, now replaced by the equally risible “Do The Right Thing.”

Of course, whether or not you share this techno-scepticism, what matters is how the music sounds. Schneider’s compositions are intriguing, her scoring is exciting and engrossing, and she makes effective use of the power available from an 18-piece band, achieving stirring emotion and visceral thrills whilst avoiding bombast and melodrama. She is equally skilled at delicate, subtle textures as on, for example, Sanzenin, inspired by ancient temple gardens near Kyoto, and voluptuous ensemble scoring, as on Look Up.

Disc 1 explores the effect on our lives of communication technology. A World Lost sets the agenda, yearning for a renewed closer connection to the natural world, with Monder’s electric guitar ambiguously bridging the two worlds – it plays a major, often disconcerting role throughout the first disc – and Perry’s eloquent tenor growing more impassioned and agitated until the music subsides in what might be resignation or the prudent marshalling of energy for the future fight. Don’t Be Evil gets more and more sarcastic, with a quote from The Last Post embedded in the final ensemble. CQ harks back to ham radio, building rhythms on the patterns of the Morse code for words including “power”, “help” and “greed”. It climaxes in an intense sequence featuring Gisbert’s terrifying electronically-modified trumpet.

Sputnik evokes the many thousands of satellites orbiting Earth, some with beneficial functions, others with (at least potentially) more sinister purposes, and which form what Schneider envisages as the planet’s metallic exoskeleton. Featuring a wide-ranging baritone solo by Robinson it seems to evoke both marvel at the technology and dread of the potential hardware pile-ups and their consequences. The title track was the first piece to be commissioned and written, and it looks to the time (predicted to be before 2029) when AI outstrips human intelligence, as envisaged by Stephen Hawking and many sci-fi writers, with Rodriguez symbolically also using electronically modified trumpet.

Schneider mourns for the time when we were connected more directly to the natural environment, whilst now we are losing awareness of the external landscape without developing a valuable internal one. (At the risk of being overly literal I know what she means: I’ve had visitors to my picturesque part of the country, searching for information about the area on their mobile devices, whilst the beautiful scenery outside the window goes unobserved.)

I think it not unreasonable to call this set “epic” in its vision and ambition, and Schneider and her musicians have done an impressive job of conveying the ideas whilst still creating an album of exciting and fascinating pure music.

Schneider opines that musicians were the canaries in the coal mine: she says “We were the first to be used and traded for data.” However, science-fiction / speculative-fiction authors had, since the 1940s (if not earlier) been offering warnings reminding us that computers were potentially wonderful servants but often cruel masters. Did they know how hard it would become to contact a human being rather than futilely try to negotiate a computerised “customer service” menu to discuss an issue with your gas bill or mobile-phone account?

This beautifully packaged album (the discs are enclosed in separate cardboard sleeves inserted into a trifold cover which also contains a profusely illustrated booklet) was financed by crowd-funding and is currently available, as a download as well as a physical set, exclusively from mariaschneider.com.

Peter Gamble - 25 October 2021
The music heard on this CD has come to light due to two record dealers from Albuquerque discovering a buried acetate amongst a record collection in New York. As...