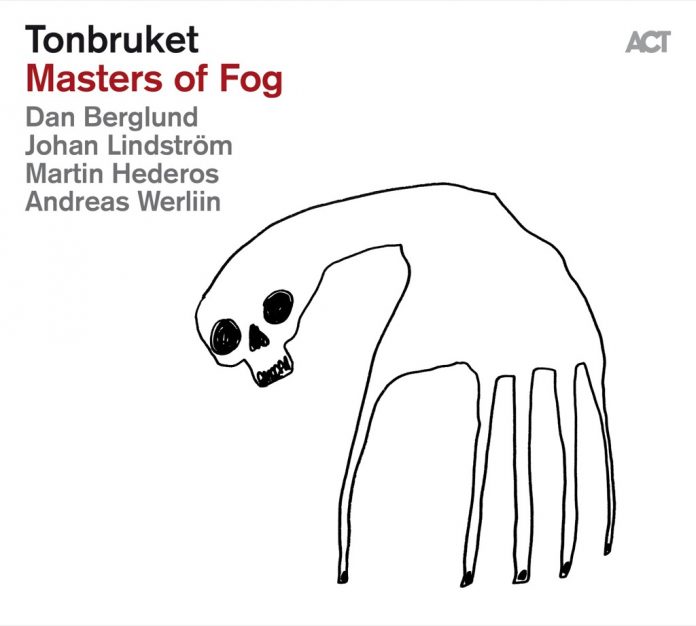 It is hard to believe that almost 10 years have passed since I reviewed Tonbruket’s eponymous debut. Since then there have been three further studio albums and last year’s Live Salvation, which felt like something of a full-stop on a particular chapter in the band’s career. Since then of course Berglund has been increasingly busy touring and recording with Rymden, the stellar trio he co-leads with Bugge Wesseltoft and Magnus Öström, but Tonbruket’s fans will be delighted to find the group returning with renewed purpose on this brand new set of 11 originals.

The “fog” in the title probably refers to the blanket that Tonbruket throw across genre boundaries, blurring false dividing lines as they disassemble and reconstruct a host of disparate but related styles. From prog-rock to Americana, jazz, electronica and psychedelia, the group’s music is entirely instrumental, and while it might stretch many people’s ideas of jazz, there is always lots of space for improvisation.

Unlike its predecessors Masters Of Fog feels a little less conceptual, more of a patchwork than a suite. Berglund is the group’s constantly throbbing heartbeat, the invisible hand who pulls the strings. Despite the subtle change in emphasis, the group’s music remains overwhelmingly moody, brooding and rhythmically charged. Spooky slide guitar and mellotron washes usher a sense of foreboding on the opening piece, its slow pace and dark complexion signalling a “doom jazz” vibe. AM/FM lies somewhere between electro-pop and alt-country, and Lindström’s edgy guitar brilliantly leads the line.

The Enders is a very hymnal E.S.T.-like ballad, but slide guitar and string arrangements add an intriguing twist. Elsewhere, Wheel No.5 is probably the closest Tonbruket will ever come to straight bar-room blues, Tonability fuses classic surf guitar and a pounding Latin beat, while Damocles Sword introduces a seductive down-tempo groove. My absolute pick however has to be The Barn, a deliciously retro slice of hazy Americana.

For anybody wondering whether Tonbruket might be running out of steam after their first decade, Masters Of Fog presents a dynamic band in continuous growth.

Barry Witherden - 31 August 2021
During Covid-19 lockdowns musicians found various ways to keep their hands (or chops) in, including organising live jams via Zoom, circulating recorded tracks for colleagues to add their contributions...