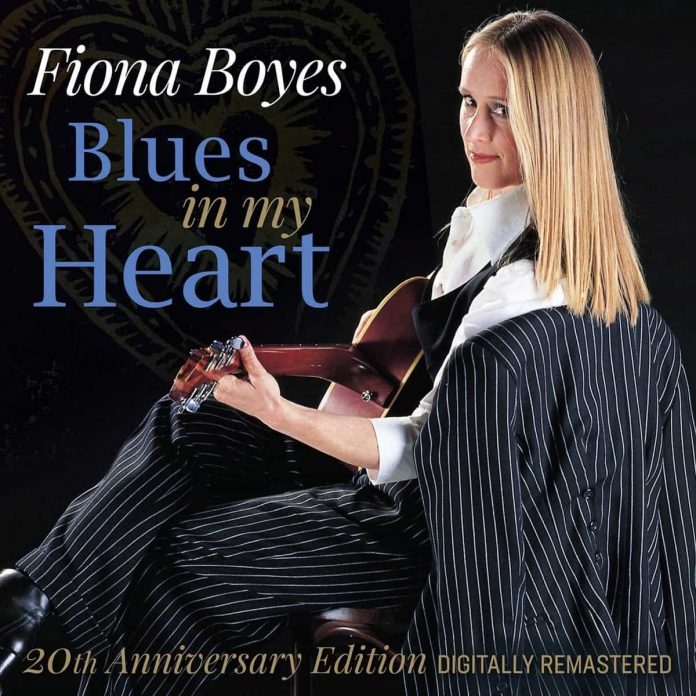 This is a remastered reissue of a 2000 album by Fiona Boyes and very welcome it is, especially for those, like this reviewer, who missed it back then. Throughout, Boyes shows her deep affinity with the origins of the blues, through songs by Leadbelly, Kid Bailey, Revd Gary Davis, J.B. Lenoir and Tommy Johnson, and also by presenting an aural portrait of her career with 10 of her own compositions.

Light-voiced yet forceful in style, the vocal presentations are all very good, as is the guitar playing. The extensive booklet provides details of the origins of the songs and also shows the road Boyes has travelled since she first stepped onto a stage in 1985. Playing a borrowed guitar, this was a nervous appearance at a Melbourne coffee shop at the end of which she discovered it was a talent-spotting contest. She won, went into the final, and won that, too. The prize, a Maton guitar, is the instrument she plays here.

In the years since then, Boyes has appeared mainly in Australia but also overseas, including the USA, where she won the International Blues Challenge in Memphis. She has also worked in duo, as The Hokum Gals, with Kaz Dalla Rosa and with the addition of Paula Dowse as The Hokum Stompers. Adding more musicians, including Gina Woods, they played as The Mojo Blues Band.

On this selection, it is mostly Boyes, vocally and instrumentally, while Della Rosa, Woods and Dowse provide occasional, effective support. This is a thoroughly enjoyable journey, one which shows the universal and indestructible nature of this musical genre and is recommended to blues fans of all ages and stylistic preferences.

Dave Jones - 12 September 2020
Unless I’ve missed something, it’s over a decade since the excellent Scottish pianist Dave Milligan last released a jazz album under his own name. It’s a different trio this...