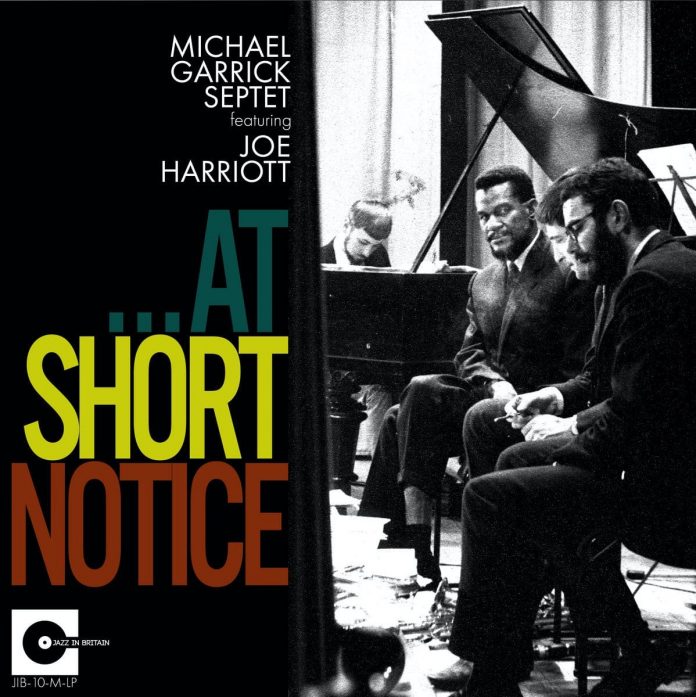 To say that this archival set is greater than the sum of its parts is not entirely accurate but this release certainly offers more than the four tracks presented on its vinyl disc. This recording has, perforce, to be viewed bilaterally, since the LP is also accompanied by a download (and streaming option, if you prefer) containing its four tracks plus four more, rendering twice the amount of music than the vinyl – a bonus that should not be sneezed at.

But even more importantly, the handsome LP release, presented on 180-gram vinyl and bedecked with some superb photos and “classic” artwork channelling the zeitgeist of the 1960s, was limited to only 350 copies and at the time of writing had sold out. The download tracks can, however, be purchased separately and considering the wealth of content might be regarded, artistically, as the best value.

The provenance of the album is interesting: it was recorded on a single microphone at University College London, 14 March 1966, and was the last time Ian Carr and Joe Harriott would play together. According to the sleeve notes, they fell out and Harriott left the group mid-March 1966.

The album’s curious title is derived from the fact that Tony Coe, a regular member of the septet, was unavailable for this gig and was replaced in the nick of time by reedman Stan Robinson for what was apparently his only appearance with this band. Robinson did however famously appear as co-saxophonist on Don Rendell’s only solo waxing for Denis Preston’s Lansdowne Series Space Walk (Columbia, 1972).

The boisterous opening track Vishnu was originally only available on Kronos, a historic, super-rare record with Garrick’s trio on one side and the James Grant Kellas Sax Section on the reverse (Hep Records, 2003). That track is however now available on a recent-ish compilation Soho Scene ’63 Jazz Goes Mod (Rhythm & Blues Records, 2017). That number and Sixth Seal were also slated to appear on Garrick’s septet album Black Marigolds (Argo, 1968) but never made the cut. So, there’s double rarity value offered here.

The only non-Garrick composition is Jones by Duke Ellington and Pauline Reddon which was afforded a lengthy workout by the septet. The hauntingly lovely Webster’s Mood from Black Marigolds was included in the set and the remaining four tracks were taken from Promises (Argo, 1965), one of Garrick’s earliest and arguably most endearing albums. But whereas on the studio album the title track is quite brief at three and a half minutes, here it is a gargantuan affair weighing in at just over 17 minutes, more than four times the original length. This clearly allows for a deeper exploration of the piece with Harriott on particularly fine form here.

As a chronicle of Garrick’s mid-60s oeuvre and an audio snapshot of those leading musicians most associated with him (Rendell, Carr and Harriott) this is a significant recording capturing the spirit and ebullience of a live concert. Garrick is in an irrepressible, even playful mood throughout, thus enhancing the atmosphere of the gig.

The high-quality vinyl, now surely destined to become a collector’s item, benefits from the brightness associated with that medium, whereas the download is simply essential for British jazz fans. However, overall, the sound quality, whilst reasonable, is not particularly brilliant; a shame because the performances and compositions, generally, are top notch.

Simon Adams - 15 October 2020
Idris Ackamoor needs no introduction, but here it is: an American multi-instrumentalist, composer and tap-dancer, born in 1951, he's still going strong. Part of the 60s black avant-garde, he...