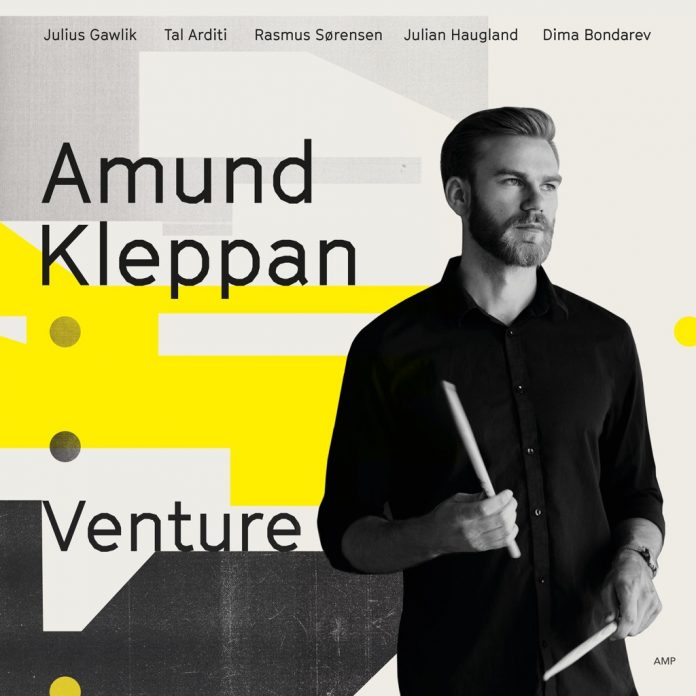 A European union of talents is alive and very well on this album by a multi-national band, led by the young Berlin-based Norwegian drummer Kleppan. As well as being a talented drummer he writes fine compositions. Six of the tunes here are his, the others being by Sorensen (Esq), Ardit (No One’s Land) and one Thelonious Monk (Evidence), each of whom is plenty competent too.

The album opens with the appropriately stealthy stalking gait of Panther, the transitions between solos marked by the whole band clustering round. Reach opens up, with particularly fine free-wheeling solos from Bondarev, Gawlik and Sorensen. The brief (1m 43s) Aftermath has a sense of foreboding, and the following Opening and Rise fit together with it and each other so well that they could almost be a suite.

Indeed, the whole album is very well programmed, with succeeding pieces contrasting with yet complementing each other. The recording is sharp and the balance reinforces the sense of a sextet of equals rather than front and back lines. Every member of the band makes valuable contributions, and Venture is a thoroughly commendable example of contemporary mainstream jazz.

Ian Lomax - 17 July 2021
Big Joe Williams is not the biggest name in the history of the blues but he is an important name. He bridges the period from the early delta blues...