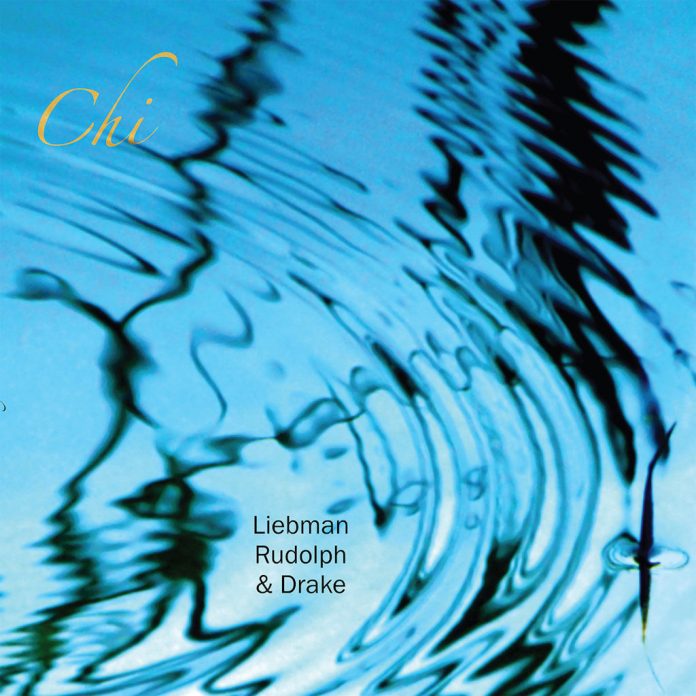 This isn’t the Greek letter chi (Χ) and these three don’t play like fratboy lettermen, either. This is meant to evoke the ancient Chinese principle of vital energy. We probably know it best in the form of tai chi.

There, the moves are carefully worked out and while this live set from New York’s Stone purports to be all-improvised, there’s a strong sense that some of the material, or the procedures, must have been worked out in advance. That’s particularly obvious on the opener, with Rudolph on piano and electronics. There are no preset patterns, but one senses that strategies have been discussed and a general direction agreed. That piece morphs into Flux and then Continuum, with a certain workshoppy air, as if these highly experienced players were offering a masterclass in improvisational philosophy.

It loses the heuristic tone with Formless Form, a much more energetic piece that makes maximum use of the twin percussion format. Emergence might be a Coltrane title, from the later period, and Liebman’s iron-toned tenor adds to that impression. It’s really only with these last two tracks that the set comes to life, something that wouldn’t be an issue in a live setting but makes for a less engaging CD experience.

Whirl is a delightful coda, oddly reminiscent of some of John Surman’s solo/multi-tracked performances, but freer and less obviously directional.

As the instrumentation suggests, there’s an impressive, broad palette of sound on offer here and the trio (not quite a fixed group: the earlier album The Unknowable had Tatsuya Nakatani in place of Drake, a combination I marginally preferred) works very much as a unit rather than a solos-and-accompaniment outfit. Hard in some ways for a horn player not to dominate, but Liebman is an artist of surpassing generosity and his ego – which seldom trips him up – is never in evidence here.