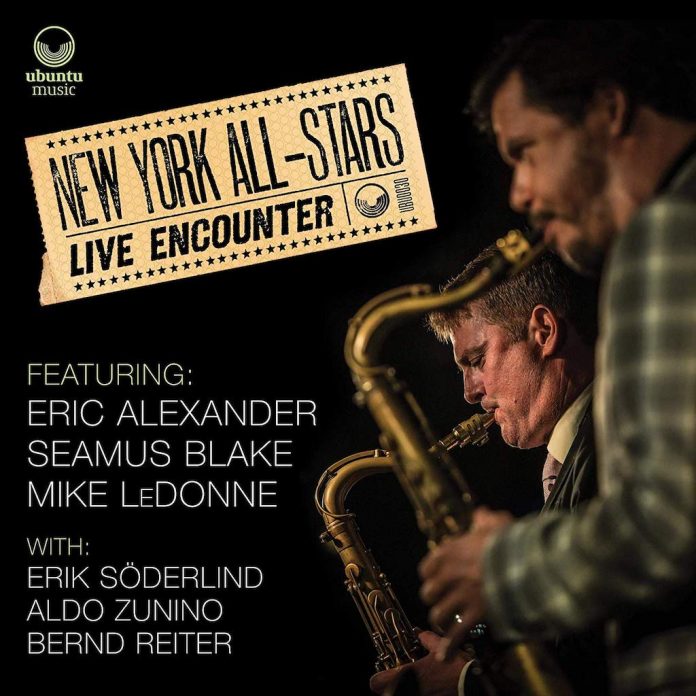 The power and imagination of the musicians on the New York All Stars’ first album of 2017 surprised and delighted me, and I noted Eric Alexander as an outstanding saxophonist of our times. I looked forward to his next album, and now it has arrived.

To me it’s a disappointment, certainly not because of Mr Alexander’s playing, but because the recording balance is not to my taste, producing a cluttered and formless ensemble where the piano and then organ of Mike LeDonne are obtrusive throughout, and the tenor players Alexander and his guest, the scorchingly eloquent Seamus Blake, are slightly distant. Both have tones like razor wire – I mean that as a compliment, for their tenors are fierce but a bit too far away. And that is the last thing that should happen to such forceful players. I’m sure that, properly balanced, this would have been another outstanding album.

The sounds of Alexander and Blake are very similar, and some solo identification would have been useful. There is none at all. The musicians obviously relished each others’ company. Certainly the audience responded with fervent enthusiasm to the singing by guest Ian Shaw on Lionel Ritchie’s Still. Mr Shaw is a highly-regarded singer, but I haven’t so far heard anything by him that I enjoyed. Naima is taken too fast and loses that exquisite ballad quality invested in it by its composer.

The notes speak of “the unabashed raw energy and terrifying excitement of three main international superstars…” who “literally blew the roof off the place”. I trust that repairs to the Pizza Express are in progress.

Elliot Marlow-Stevens - 19 April 2021
Not often does a group wait 30 years before releasing their second album. Denver’s Jazz Worms, on the other hand, have waited 34. Their debut album, aptly titled Crawlin’...