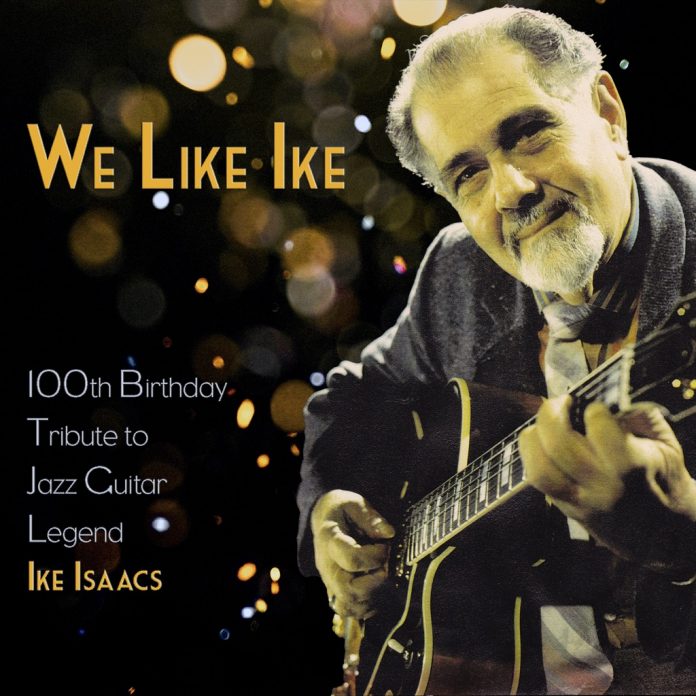 A willing queue of internationally noted guitarists have contributed readily to this 100th birthday tribute to the acclaimed jazz guitar maestro Ike Isaacs. Born in Rangoon, Burma, in 1919, Ike eventually settled in the UK in 1946. Showing exceptional technical proficiency, he was in constant demand for freelance radio and studio sessions over the years, working with Ted Heath, the BBC Showband and prominently with his quartet on the BBC weekly Guitar Club. In the 70s he toured worldwide with Stephan Grappelli. Ike moved to Australia in 1981, welcomed by the jazz fraternity there. He died in Sidney in 1996.

Blessed with a virtuoso technique, which featured innovative richly chorded lyrical passages, with ingenious contrapuntal developments, Ike’s recordings and tuition became highly influential with emerging jazz guitarists. He became a friend and mentor  to several of the talented musicians featured on this album, notably the outstanding Martin Taylor, whose bright opening version of an Isaac’s original, After Hours, sets a high standard which is in general maintained throughout and would surely have pleased the benevolent great man himself.

Each track features a different guest contributor. Most of the tracks are laidback solo or duet ballads, many of them time-honoured standards, with Dawgmatism particularly enjoyable amongst the originals. Abandoning the guitar (on just one of two such tracks), Out Of Rangoon, an original dedicated to Ike, features a quartet with Harry Allen’s lyrical, tight-toned tenor. The final track is by Isaacs himself, Starlight, an original from his 1991 CD album Intimate Interpretations. This tribute album was produced by composer Roger Frankham with notes by Ike’s nephew, composer and pianist Mark Isaacs.

Mark Youll - 05 August 2019
A popular drummer around his Florida base and beyond, Dave Rudolph here makes his debut on record as a leader with an impressive set of self-composed tunes kicked into...