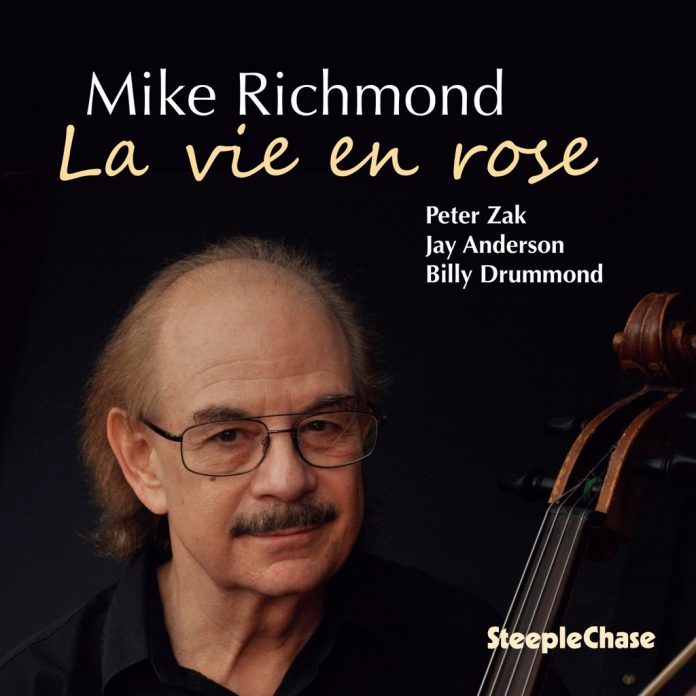 The cello played little part in jazz as a solo instrument until 1949 when the master bassist Oscar Pettiford broke his arm and while recovering couldn’t get comfortably around the bass. So, he began playing cello and enjoyed it so much that he continued to play it regularly on gigs and record dates. Others followed with Percy Heath, Sam Jones and Doug Watkins prominent. Watkins recorded a whole album as cello soloist with a rhythm section, as Richmond does here.

This is, in fact, Richmond’s third album as a cello soloist with conventional rhythm section and a neat follow up to his fairly recent Tones For Joan’s Bones. The starter is a long workout on Getting Sentimental which Richmond, in his trombone playing days, used to play along with on the record by Tommy Dorsey. These days of course he is a highly respected bassist and, as here, cello soloist. His lines here are brisk and blend well with the lower sounds of Anderson’s bass.

It is a tight-knit group with Anderson ensuring a good blend by playing down in the lower range of his instrument. Stranger In Paradise is taken at a lively tempo with some neat improvised lines on cello and piano. How Deep is given a rhapsodic treatment by Richmond and his pianist has a bright solo. Jobim’s Zingaro begins with an arco introduction from the cellist before he switches to pizzicato two minutes in. Contrast is ensured with a fast Many Splendored Thing and then a soft, lyrical treatment of Duke Ellington’s Sound Of Love which Richmond used to play with his old boss Charles Mingus.

Most of the tracks here run to over eight minutes, giving Richmond and Zak on piano plenty of time to extend and improvise their solo spots. Bassist Anderson also gets plenty of solos throughout this programme and produces a big, warm sound. Generally, the music flows along well and the soloists are inventive although given the limited scope of the cello for jazz improvisation at length, another front-line horn might have offered more subtlety and variety. Something a bit out of the ordinary then, and played by four seasoned masters.