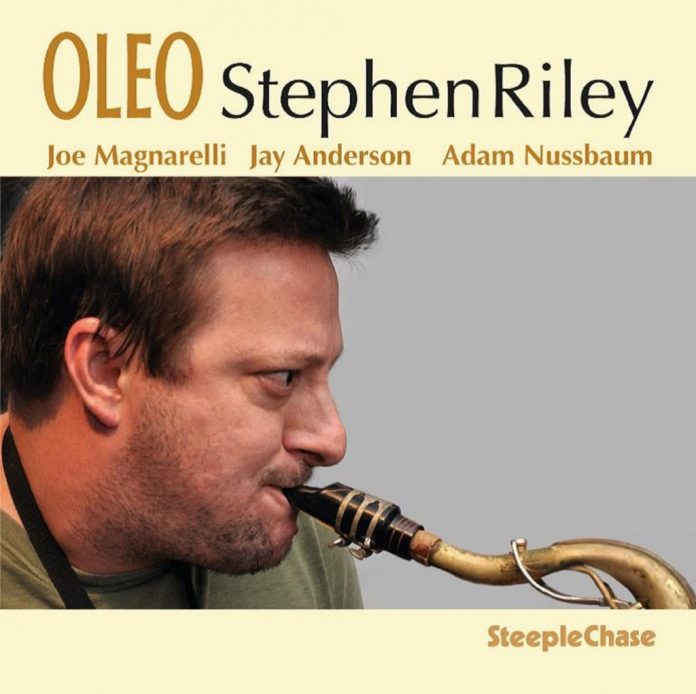 This follows on from Riley’s earlier album Hold ’Em Joe in being presented as a kind of tribute to Sonny Rollins – a third will complete the series. On the surface it’s a strange concept, in that he is no obvious disciple and, indeed, explains in the album notes that Paul Gonsalves was more of an influence.

The project may have been helped along by a shared interest in standard material. Rollins has always picked tunes from outside, while the four of his own that appear here have by now acquired the status of standards. Among Riley’s strengths is the knack of taking the familiar into new areas, but he can also build a solo around the contours of a tune, something Rollins has always done.

Whereas on the previous album Riley had just bass and drums for support, adding a trumpet comes with the suggestion that the quartet featuring both Rollins and Don Cherry inspired at least some of the music. Three of the tunes appear on albums by that group, but comparisons don’t come readily in that the recordings were live and stretched out whereas Riley’s is a studio production in every sense.

He and Joe Magnarelli blend well enough, with several chase passages that are sometimes split with the rhythm section. Interestingly, one of the Rollins-Cherry tracks, On Green Dolphin Street, here gets more of a Miles Davis treatment with Magnarelli inserting a mute and Riley showing some respect for the melody.

It’s a typical Riley product in that he can vary the treatment given to tunes we all know, with some ending up much less recognisable than others. Not sure if it always comes off, but he remains among the more compelling soloists around.

Simon Adams - 11 March 2021
It is a brave musician who records a solo violin album. The format is exposed, the musician’s concentration intense, while the listener, without any distractions, concentrates on just the...