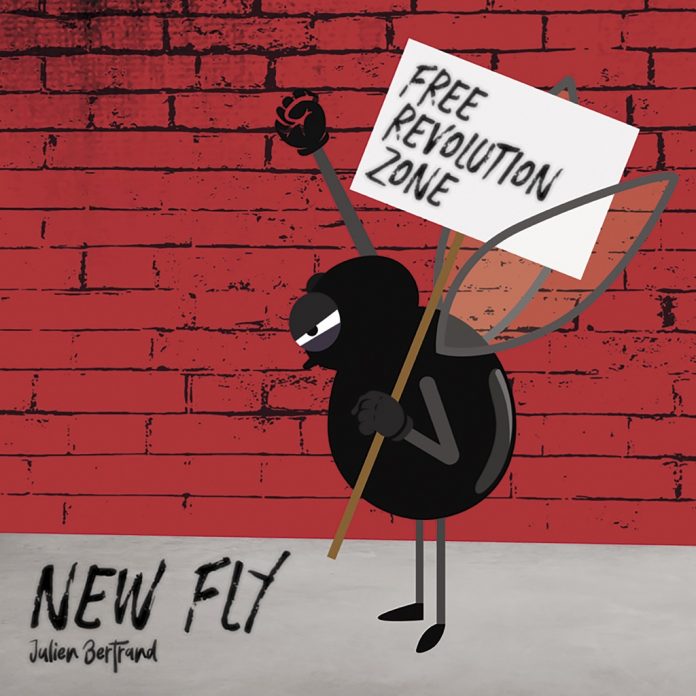 Julien Bertrand is a French trumpeter not previously known to me. Born in 1980, he studied trumpet at the Guéret Conservatory, and later classical music and improvisation. During later studies at CNR Chambéry, he met musicians in his future quintet. Since 2016 the band has had a new formation, and it plays mostly his compositions. Their first album New Flight was recorded in 2016, and this is the second.

It’s all Bertrand originals, except for The Peacocks by Jimmy Rowles, Fly Little Byrd Fly by trumpeter Donald Byrd, and Mr. Bojangles by country artist Jerry Jeff Walker. There are alternative takes of the originals Can You Dig It? and Le Petite Nouveau.

I have a theory about French jazz – that much of it is a muscular reaction to conventional ideas of French music as decorative or impressionistic. The present album fits the theory – this is virtuosic, high-energy postbop, that pushes beyond late Jazz Messengers – and at first it didn’t pull me in. But the compositions are growing on me.

Work Of Arth is a tribute to drummer Arthur Declercq, and Can You Dig It? – particularly reminiscent of later Jazz Messengers compositions – is dedicated to Wallace Roney, one of the trumpeter’s inspirations. The Peacocks opens with an impressive unaccompanied introduction by the leader, before a languid statement of Rowles’s gorgeous theme. The brief version of Mr. Bojangles is beautifully plangent. Thibaud Saby is particularly effective on electric keyboard, notably on the fast, furious title-track.

Bertrand is a talented composer and fine musician, and there’s much excitement and interest to be had here.

Fred Grand - 21 December 2021
While much of the world shut down for business during the first waves of the pandemic, Swiss drummer Florian Arbenz drew deep into his reserves of ingenuity to pull...