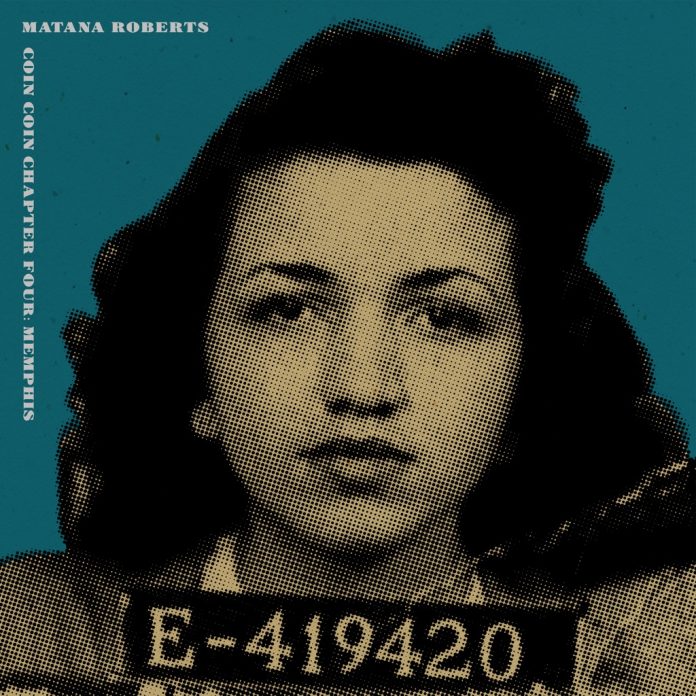 Coin Coin is a multi-media project examining Roberts’s Afro-American family history and experiences over several generations. When I interviewed her by email for a Jazz Journal profile back in 2011 (sorry, name-dropping again) she had completed eight episodes, with two more planned (now completed) but this is only the fourth part to be issued on record. The previous instalments were Gens De Couleur Libres, released in 2011, Mississippi Moonchile (2013) and River Run Thee (2015).

She told me “I’m interested in music as inquisitive experience, in exploring modes of improvisation and composition as an experiential, mystical energy practice, rather than a pure homage practice or just sound for the sake of historical presentation and commentary”.

She has certainly achieved her aims, even more so with this instalment than in the others I have heard. Memphis is a remarkable, breath-taking torrent of images, styles, influences, references (including amongst many others an abrasive version of St. Louis Blues during Fit To Be Tied) all cohering into a powerful, transfixing, goose-bump-raising vision, sometimes reaching a pitch of emotional intensity that is almost intimidating, yet ultimately inspiring … anger and irony are outweighed by passion and hope.

There are elements recalling the Association For The Advancement Of Creative Musicians (not surprising, since she was a member of AACM before she left the Windy City for the Big Apple) as well as classics such as Coltrane’s Ascension, with the opening track evoking Acknowledgment from his A Love Supreme. None of which is to suggest derivativeness … this is a highly-personal work, another superb chapter in this major undertaking.

If you are into vinyl, apparently the LP version of this album comes with a pair of full colour pull-out art prints featuring collages of the graphic scores.

Mark Youll - 07 May 2021
Those hip to the London-based Blow Up label and the "modernist" jazz-flavoured music it puts out, will probably better know The Bongolian as multi-instrumentalist and producer Nasser Bouzida, front...