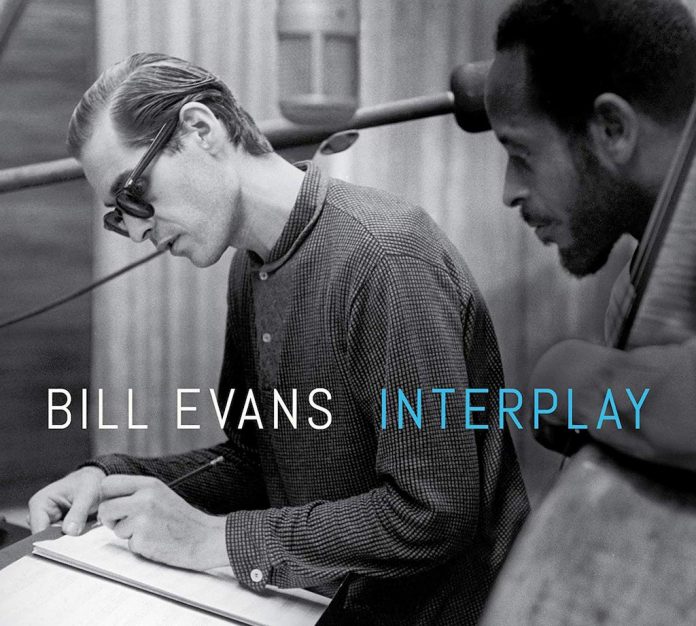 These two sessions produced by Orrin Keepnews were among the last recorded by Evans for the Riverside label. Both were made when he was attempting to deal with physical and mental issues, including increasing drug dependency and the deep depression he experienced after the premature death (in a road accident) a year earlier of his cherished bassist Scott LaFaro. Neither date has been rated highly in Evans’s glittering discography, but each has its merits as well as shortcomings.

On the first date, Evans was unable to secure the services of Art Farmer and chose instead the young and upcoming Freddie Hubbard, who had played alongside him on the seminal Oliver Nelson album The Blues and the Abstract Truth (1961). Jim Hall had teamed with Evans on Undercurrent two months before recording Interplay, and was to appear again with him on the companion set Intermodulation in 1966. Percy Heath and Philly Joe Jones were in attendance to underpin and enhance the numbers – all standards except the title track, an Evans original. Interplay recalls the John Lewis composition Two Degrees East-Three Degrees West.

Hubbard – on open and muted horn – plays splendidly throughout, and reveals his admiration for Miles Davis. Curiously, Hall seems less than comfortable in the company of his peers, and fails to establish a smooth rapport with the leader. But, as Keith Shadwick has remarked, “the overall impression is of a swinging, happy date”.

Unfortunately, the same thing cannot be said of the second session, made a month later, with Zoot Sims and Ron Carter replacing Hubbard and Heath. Keepnews, a close friend of Evans, recounts that in the studio tempers were short and the group was not allowed sufficient time to master the complicated charts. Only after considerable editing was the recording finally released – after gathering dust in the vaults for 20 years. Keepnews also cited Evans’s increasingly urgent need for money to support his narcotics habit as another factor in a troublesome session.

However, as Keepnews later conceded, despite “a lot of physical and emotional ups and downs” during the two days taken to complete the album, Zoot managed to partly rise to the occasion. This is particularly evident on the two takes of Loose Bloose, and the swinging Funkallero. The always reliable Ron Carter provides steady support, and Hall is considerably better than on the first date, but the hero of the hour is Philly Joe who injects some enthusiasm and order into the proceedings – especially on Fudgesickle Built For Four – where he pushes the pianist into delivering a deftly swinging solo.

Not, then, vintage Evans et al, but certainly of historical interest and value.

The Mark Harvey Group: A Rite For All Souls