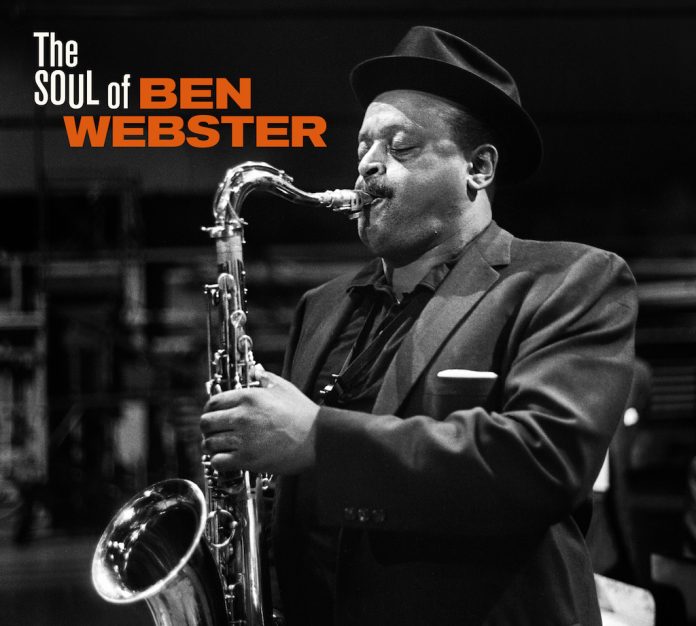 A certain amount of discographical unravelling is involved in this issue. Tracks 1-7 came out as The Soul Of Ben Webster and were issued originally on Norgran/Verve. Webster is at the peak of his powers, whether on the slightly boppish Fajista, the wonderful slow blues of Charlotte’s Piccolo, the blowing session of Ash, or Ev’s Mad (with guitarist Mundell Lowe’s appropriate passing reference to Cottontail).

The esteem in which Webster is held by other saxophonists has been underrated, but as Duke stated : “His influence didn’t end when he left (the Ellington Orchestra) … when Paul Gonsalves came into the band he knew all of Ben’s solos note for note. Besides Paul we have Harold Ashby … Ash is both a Webster protégé and disciple” (Music Is My Mistress). Ask saxophonists about his ballad style and its effect on mainstream, modern players and beyond – an example being Archie Shepp.

Webster’s rich tone and relaxed approach on ballads is heard here – Chelsea Bridge and When I Fall In Love are played with just the rhythm section. Other tracks include the young trumpeter Art Farmer and fellow Ellingtonian Ashby. The rest are a mixture from 1954-55 and have been variously issued under Webster’s name on Music For Loving, Music With Feeling, Sophisticated Lady and the double album Ballads. All focus on Webster in a quartet (Teddy Wilson, Ray Brown and Jo Jones) or with strings/orchestra, so if you have any of these, you may be duplicating.

Having said that, it is a wonderful representation of Webster from this period and includes material that no collection should be without. The final track, another version of Chelsea Bridge, has an echoey film-noir feel – expect a hooded-eye Mitchum or a dismissive Gloria Grahame shrug. Terrific.

Fred Grand - 29 June 2022
Rome-born pianist and composer Tranchina should be a familiar name amongst UK audiences. Based in London since 2005, he is a player very much rooted in “the tradition”. Like...