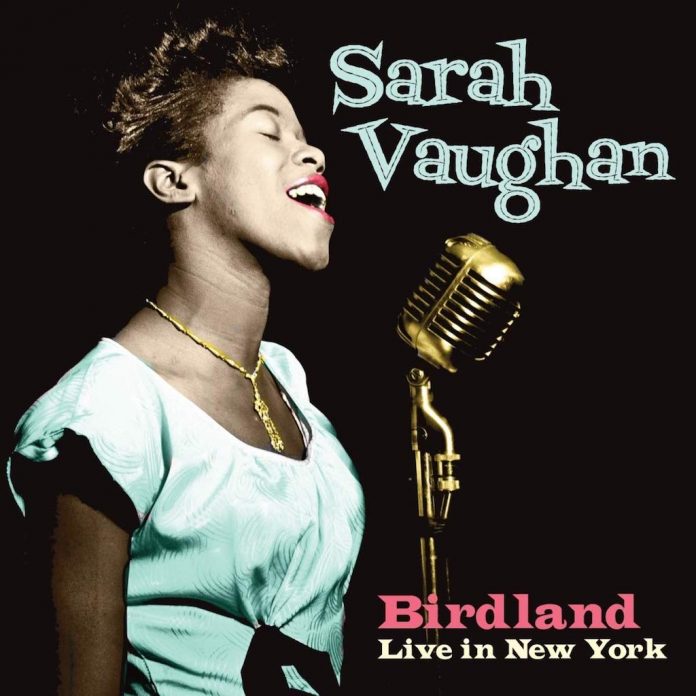 These are 1952 club dates by a rapidly maturing young vocalist (she was 28) who 10 years earlier had won an Apollo Theatre singing contest and then appeared with the Earl Hines and Billy Eckstine bands. If Sarah Vaughan had not yet earned the accolade of the “Divine One”, she was fast-tracking towards sainthood.

After signing with Musicraft and then Columbia in 1949, she had a series of popular hits – usually backed by string-laden orchestras. These broadcast performances with small groups are an essential prelude to her subsequent and dazzling jazz discography.

Only two of the 17 tracks last for over four minutes, but Sarah offers commanding “miniature” interpretations of well-known songs (with the exception of Vanity and I Ran All The Way Home). Mean To Me, Tenderly, Once In A While (two versions), and Street of Dreams receive immaculate articulation, devoid of some of the irritating mannerisms that sometimes crept into her later work. On a spirited Perdido, apparently accompanied by Wild Bill Davis, she offers some mild vocal gymnastics; a second version is much shorter, and her intonation more skittish.

On the third tranche of her Birdland appearances and accompanied by the sympathetic trio of Malachi, Benjamin and Haynes, Sassy delivers a haunting version of Body And Soul, an uptempo delivery of Nice Work, and – the best track of all – Summertime. Starting with a scat chorus, she introduces the members of the trio, who put their best “feet” forward – Haynes is particularly impressive. She then returns to sing a “straight” version of the lyrics. The closer, East Of The Sun, is all too short, but perfectly formed.

Two years after these sessions, she was to record her seminal album Sarah (on Mercury) with Clifford Brown and a distinguished accompanying group (including Benjamin and Haynes). These air shots offer a satisfying foretaste of things to come.

Derek Ansell - 08 August 2021
This was the second of three albums Chambers recorded for Blue Note as a leader. The first, Whims Of Chambers was a sextet with John Coltrane and his running...