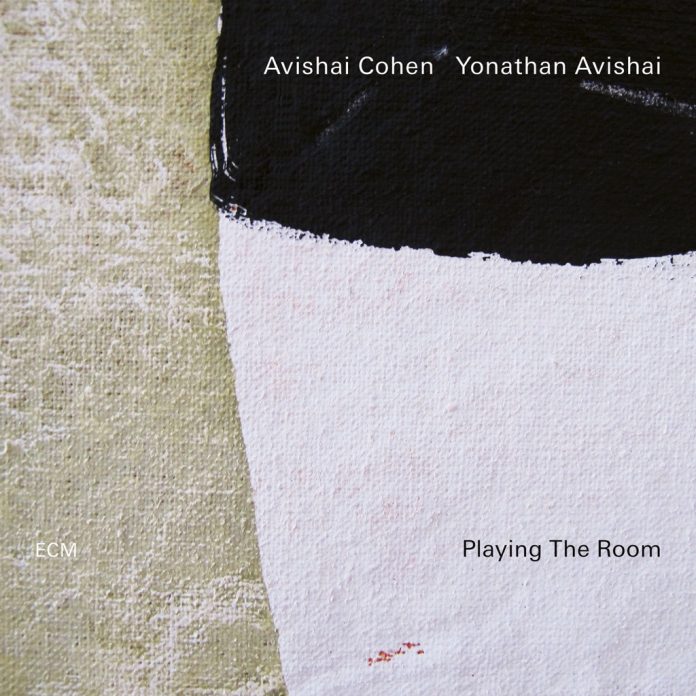 Arguably less well-known than his namesake bass-player, Avishai Cohen the trumpeter came to my attention with his 2001 recording titled The Trumpet Player (not released until 2005) and I was mightily impressed. Principally neo-bop it nonetheless embraced the entire tradition, but he had also leaned towards the avant-garde with the Lemon Juice Quartet.

Avishai, now based in Paris, has been for some while a member of Cohen’s quartet as well as leading various groups himself, and his trio is now also signed with ECM. The two of them have been friends and musical partners since their teens in Tel Aviv, so the considerable empathy and compatibility they display is hardly surprising.

The album title is a reference to the duo’s attention to the acoustic properties of the Audio Stelio Molo in Lugano, which invited a generally restrained approach, mainly concentrating on lower and middle registers, although reaching upwards where it felt right, as on Crescent.

The choice of material is as excellent as the interpretations the songs inspire. It was decided that as both players showcase their original compositions with their own groups they would concentrate on exploring pieces by musicians they admire. Thus, only the first two tracks are compositions by the duo (Cohen and Avishai respectively) and there is a beguiling closer by Sasha Argov.

The other tunes are fairly well-known pieces by, in order, John Coltrane, Duke Ellington, Abdullah Ibrahim, Ornette Coleman, Milt Jackson and Stevie Wonder, but all are given refreshingly different treatments. Avishai gives Ibrahim’s Kofifi Blue more of an Ellingtonian flavour than he does to the Duke’s own Azalea, with some subtle and witty stride passages. Dee Dee (from Coleman’s 60s trio repertoire) gets a puckish workout, more astringent than the original’s sing-song innocence, and Milt Jackson’s tribute to critic Ralph Gleason includes some appropriate counterpoint and tasty, rumbling lower-register piano. Wonder’s tribute to Ellington, a feature for Avishai, gets a delicate, flowery make-over. The album closes in a similar reflective mood to how it began.