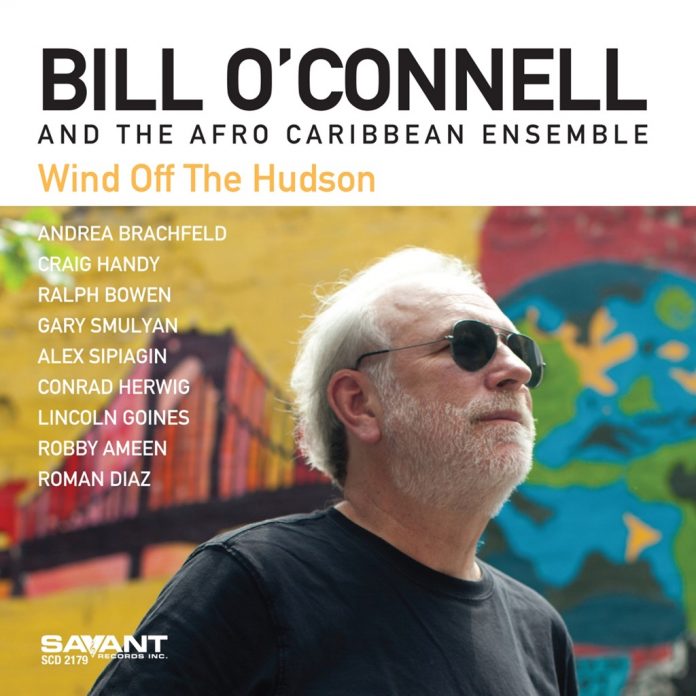 Pianist leader O’Connell was a member of Mongo Santamaria’s band in the 1970s and since that time has worked regularly in Latin jazz with people such as Conrad Herwig’s Latin Slide and flautist David Valentin’s ensemble. Here he leads his own Latin-styled project with Herwig on trombone, Gary Smulyan adding baritone licks and a lively 10-piece group.

The opening Wind Off The Hudson is an uptempo romp and is followed by an excursion into gospel territory with Craig Handy supplying choppy alto and Smulyan’s baritone interjecting to add weight to the bass line. Drums are augmented by congas on all but one selection. The leader’s piano is full of gospel licks along with a constant flow of support from the rhythm instruments. Herwig, muted, plays a strong solo towards the end.

Jerry’s Blues is a stop-start variation on the genre with a fierce trumpet contribution from Sipiagin followed by equally frantic medium-tempo alto sax from Craig Handy. Perdido is presented as a medium-tempo piece in a conventional reading arranged by O’Connell as indeed are all the selections here. Handy again gets a wild solo and O’Connell’s piano is equally intense. Roman Diaz shines on conga briefly before the ensemble takes control again.

Coltrane’s Transition might seem an odd choice for an Afro-Latin ensemble but O’Connell manages to come up with an original and fresh variation on the line. Handy switches to soprano sax for this one and pays homage to Trane on his solo. Herwig’s section is somewhat fractured but effective for all that. Sultan gets a workout too and plays lithe baritone lines. O’Connell plays a mixed solo of chords and single note lines.

Once more O’Connell comes up with something fresh and different on his arrangement of C-Jam Blues, full of Latin rhythms and high octane solos. Everybody plays with spirit if somewhat wildly for the most part and a standard of some kind might have given more variety.

Brian Morton - 03 November 2019
New York can be a bruising town, but Franck Amsallem doesn’t sound crushed by his two decades there. Instead, he says goodbye with a mix of affectionate regret and...