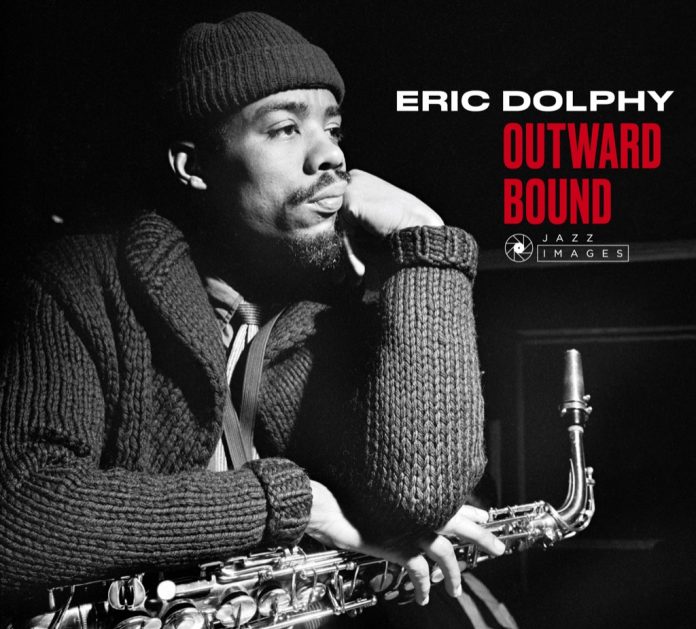 I carry a small burden of guilt about Eric Dolphy. Not, as you might expect, over a still-undelivered book, but because of nagging suspicions, first, that Dolphy is almost too perfect an individual, too untainted by vices or politics (Miss Ann is a rare reference to race), to make for good biography (that would be hagiography, right?) and, second, that he maybe wasn’t quite as great as we wanted him to be. When I focus, the latter doubt centres largely on Out To Lunch!, once voted in The Wire as the greatest jazz album ever but to me, even now, a very-nearly-brilliant record that doesn’t quite break the envelope of bebop and venture beyond.

And then I sit down with Outward Bound – and what the Jazz Images title doesn’t tell you is that four of Dolphy’s four Prestige/New Jazz recordings are here, minus the Latin jazz Caribé – and his genius ceases to be a routine tagline and becomes a reality again.

I’ve listened to Outward Bound, Out There, Far Cry and Straight Ahead so often over the years that I’ve forgotten them, the way you forget the face of someone you’ve lived with for decades. You know it, but you can’t quite describe it. Dolphy’s music still doesn’t have quite the alienating wallop of what Ornette Coleman was doing at the time. Their paths crossed on Free Jazz in December 1960. It was made on the same day as Far Cry, but Dolphy heard harmony in a more legitimate way than Coleman and there’s not much sign of an influence. Parker, celebrated in two tracks on Far Cry, is still the most overt inspiration, along with Mingus, who’s celebrated as The Baron.

Mystifyingly, though it’s becoming common practice with these labels, Jazz Images place the four LPs out of chronological order. It does no particular violence, even to any attempt to detect “development” because in a sense Dolphy arrived at his first session with his language already developed and he didn’t really stray far from it between then and the so-called Last Date. I’m persuaded – though some will fiercely argue the opposite – that he didn’t change much at all in his short life, but equally and equally fiercely that there is no need or reason to expect that he should. These are great records, some of the finest in modern jazz. Good wine doesn’t need a bush. Maybe Eric Dolphy doesn’t need a book. Maybe.